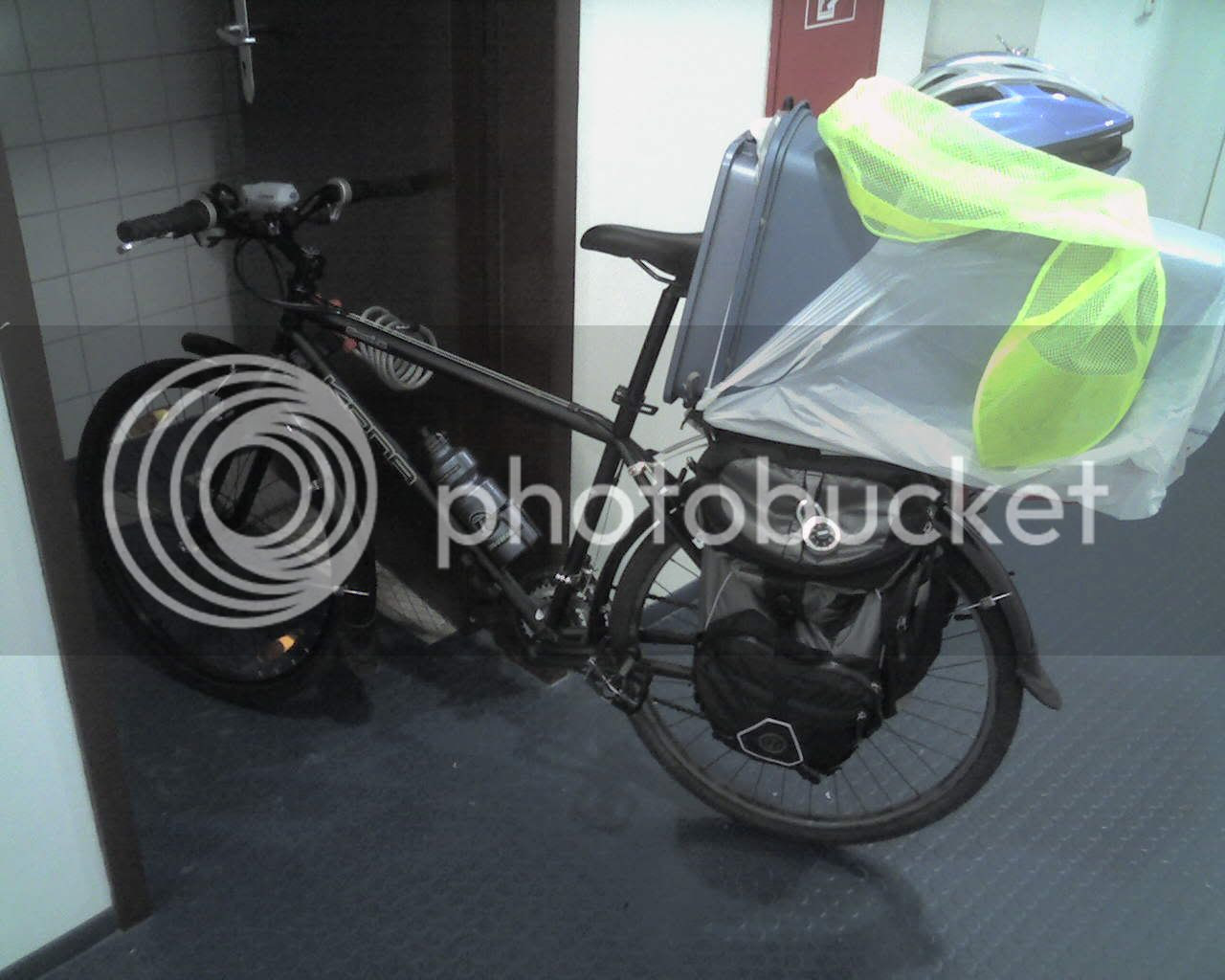 Three garbage cans at the end of my bike. . . unbelievable. 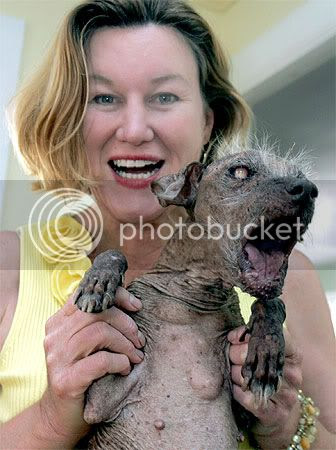 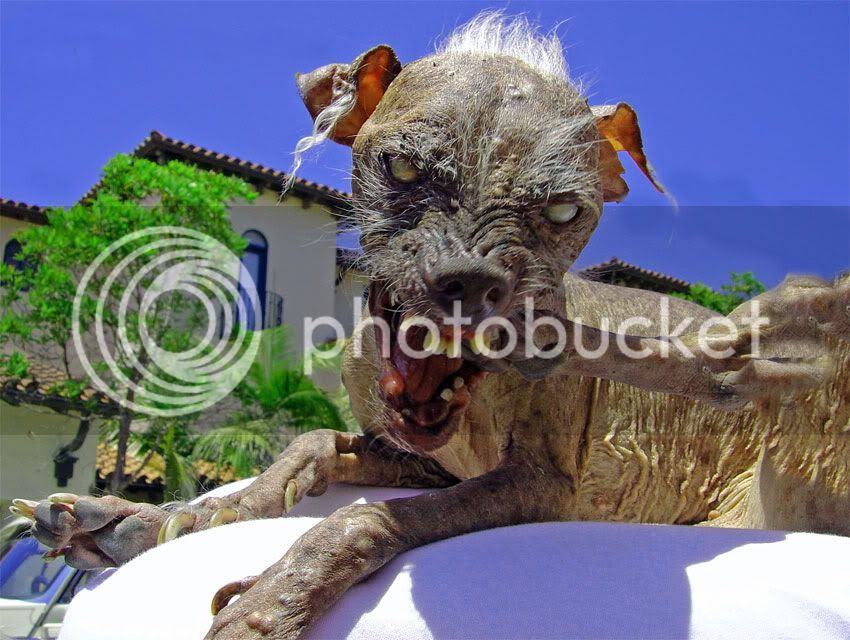 Posted by Jefferson Kim at 12:19 PM No comments:

Here are some pics from Germany of me here in Germany 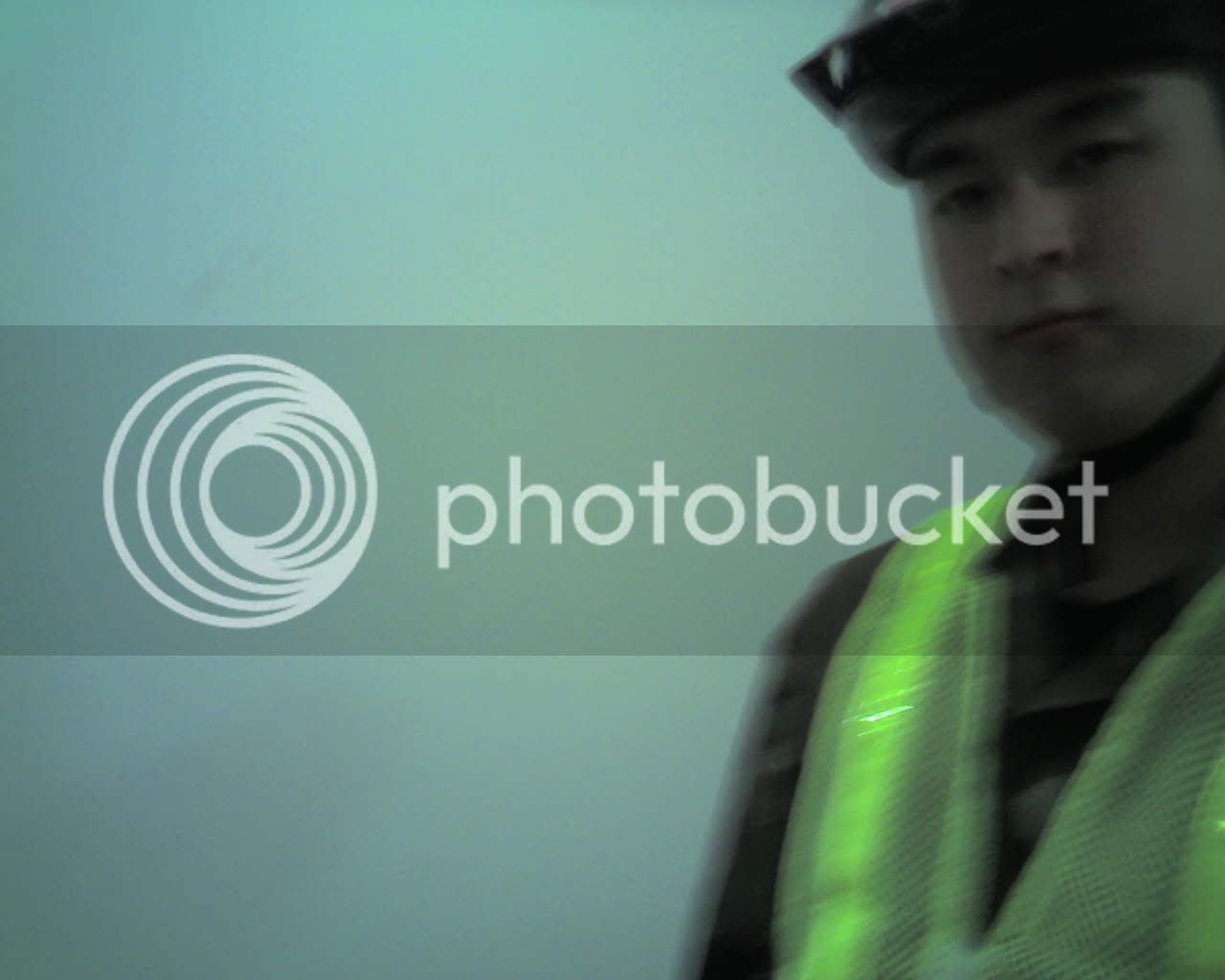 Below, I managed to put on one of the most honkin loads on my bike to date. I had my heavy laptop in there, and attached two laundry baskets to the end. I'm so stoked with how tight my bike is. It was making creaking noises as I was riding back home so that was kind of creepy but it was okay. 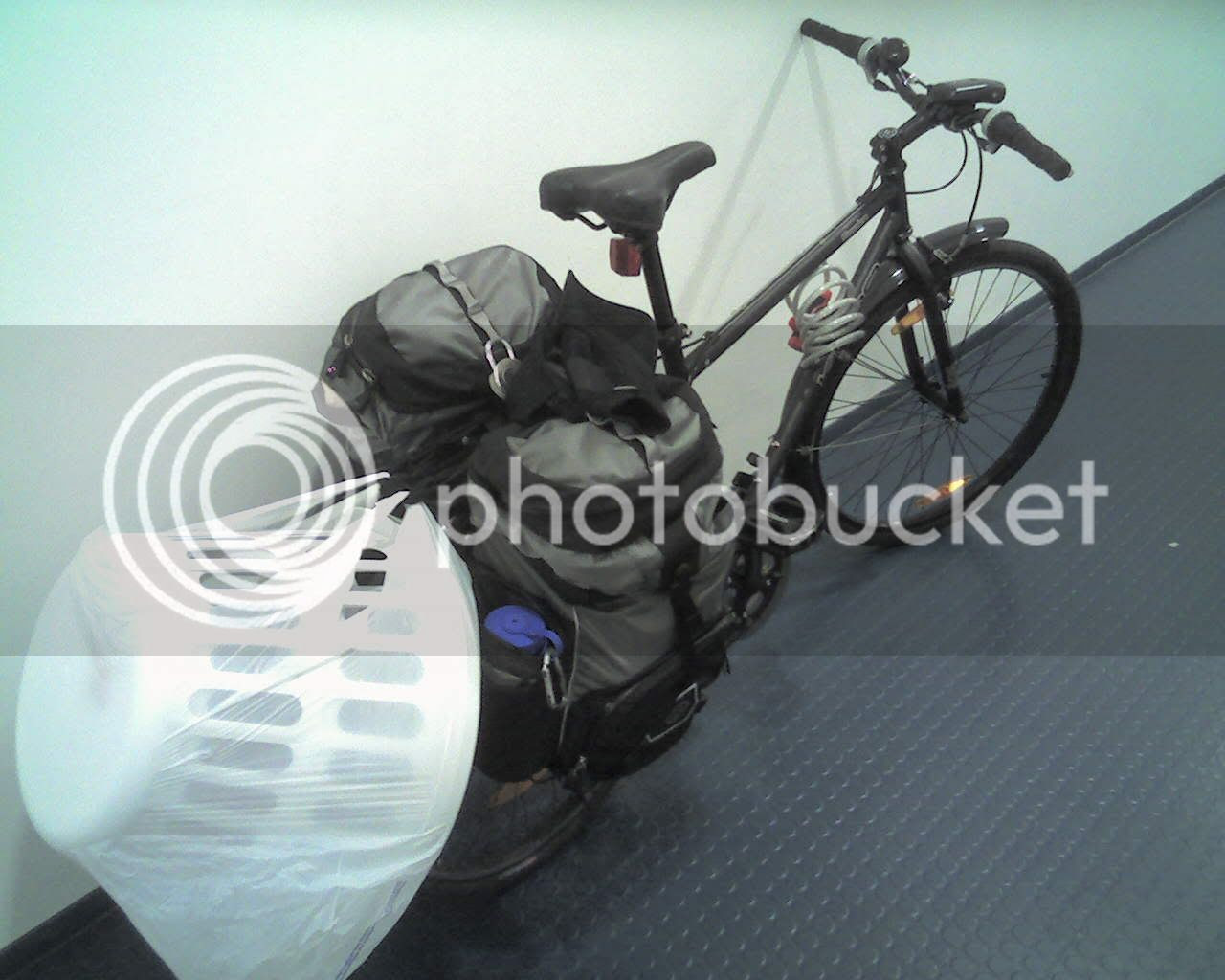 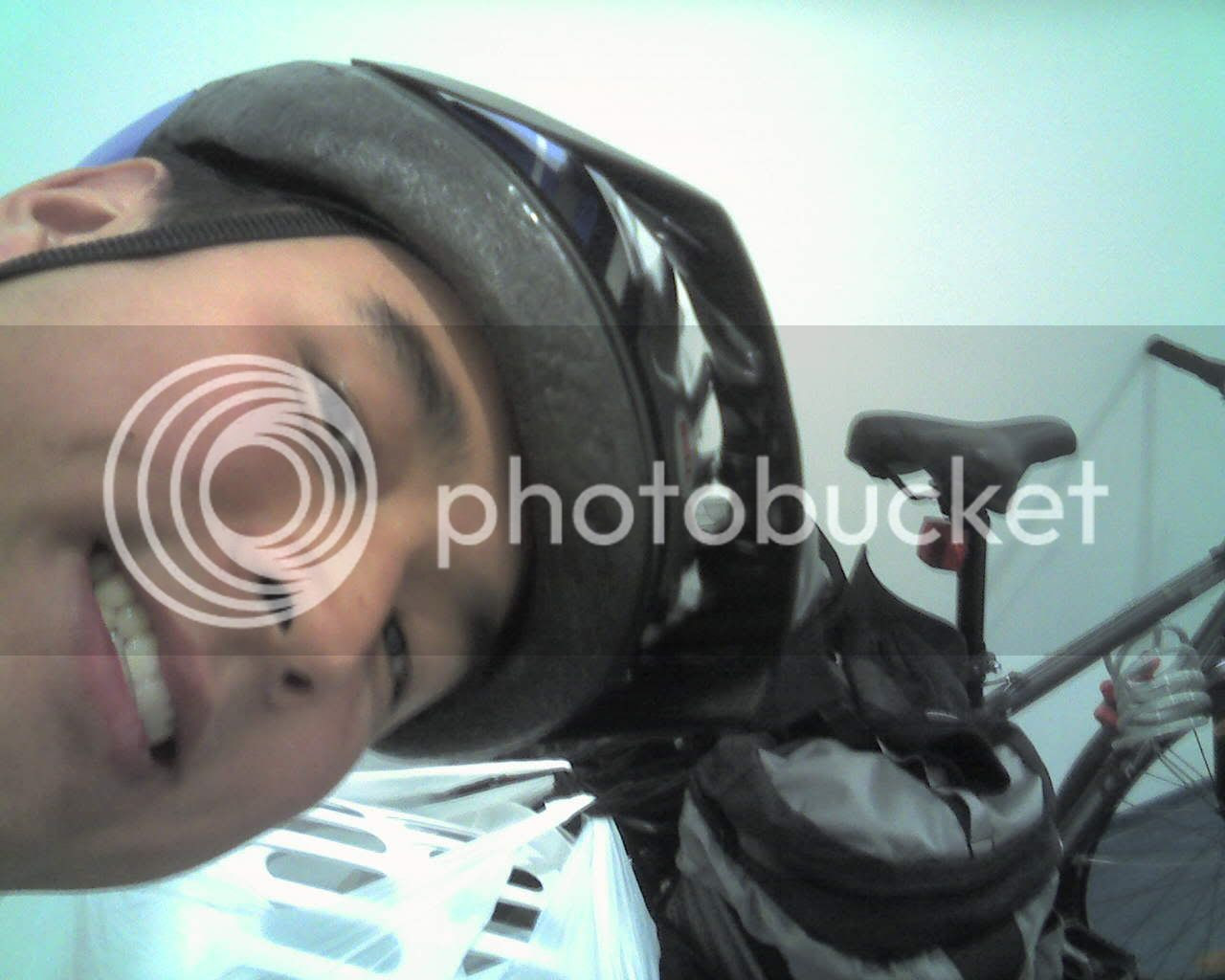 I bike home at night, in the dark, and it can be kind of creepy because I hear these strange noises from the forested area to my right. One time, I was tired of being freaked out, so when I heard the rustling, I got my bike light to look at where the noise was coming from. And I didn't see anything, but I did here a scurrying away, and a snort like a pig. Then I was lik, OH MY GOSH, it's a FREAK"n WARTHOG. And I thought of Pumba, and I was like "Hakuna matata" THE END. And I remembered how Pumba relates to a NOHtorious individual. and I laughed inside, and started snorting like a pig myself and biked myself in the pitch dark a happy little piggy.

I've mastered biking without any hands on the handle bar. That's fun, because you feel so free as you cruise along with your hands in your pocket, and I think people look at me and think, MNan that guy is tight because he can bike without his hands on the handle bar. Right now, I'm listening to weezer's Pinkerton as I type this. and that's why this may seem disheveled, but I don't care, because I'm feeling good today, adn I'm very happy God's favor has been so abundant to me here at home.

You guys are awesome, and I hope you are seeing God's hooking you up wherever all my people's are at. If you wnat to come and visit, let me know and we can figure something out.

Why am I feeling so happy? Because I cooked my own very first brown rice at home, with soem spam in it, with some green pees, and it tastes good. Though spam isn't so good fo ryou, so I won't be using it much anymore. Things ar efalling into place back at home. Going to jam with a co-worker tomorrow morning, and got invited to join a band or something. Some kind of soul band. But yeah, more on that later. Ramblings go on and on. I think I probably do the best talking when I shut my brain off and just let it flow, you know? Yeah, that's awesome.

Peace in the middle East,
Smooches
jefferson
Posted by Jefferson Kim at 12:20 PM No comments:

Today you shall see my place in it's "currently under construction" phase. The main thing that needs to be finished at this point is the kitchen. Everything else, is pretty much it, as is. I feel as though I will have to make my place the party hub as was James & Tim's place. Or their new place now, if they moved in together already, don't know.

Or like Hun's place with Halo parties. . . or Danny Kwak's and Bill Chi's. I thank all of yous for opening your places to fun while I was in the states. I shant forget your generosity as I pass on the love to others here in Germany. 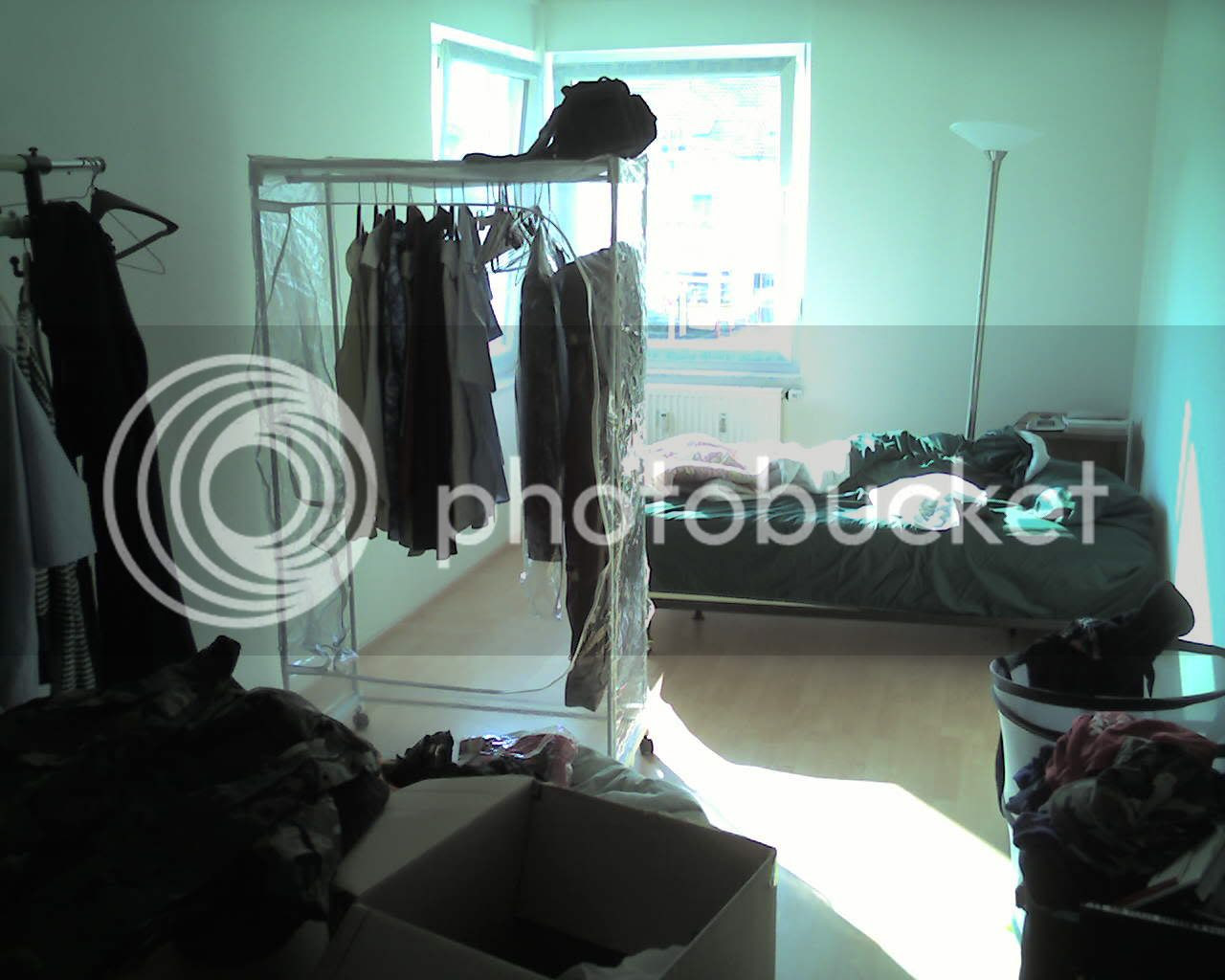 I used to have all the sound equipment in the biggest bedroom, but after late night music making, my upstairs neighbors complained so I moved it over to the "guest" bedroom. That's why it's all packed in, but it's tight, because now I can be loud, and not worry about waking my upstairs neighbors too much. . . especially with my 18" subwoofer. . ..booyah.

Posted by Jefferson Kim at 12:21 PM No comments:

My blog at http://blog.jeffersonkim.com was acting all funky due to a malicious script that was somehow installed. . .those jerks. . . so I'm posting some pics I've taken so far through my digital camera on my phone.

I've been blessed to have a Christian community right away. I went over to the Sunday morning, protestant, contemporary service and asked right away ways that I can serve. I got plugged into working their sound board and I also heard about their youth group they needed help in as well.

There's usually a high need for volunteers in military bases. With high turnover rates of about three years, volunteers are always needed.

I went to their youth group and got plugged in there as well and last weekend I went on a training retreat somewhere in Germany. . . not really sure. But we stayed at a hostel, a huge one, and we stayed on the 11th floor. Below are some pics of it in the morning. Fog down in the valley, and lush trees everywhere. 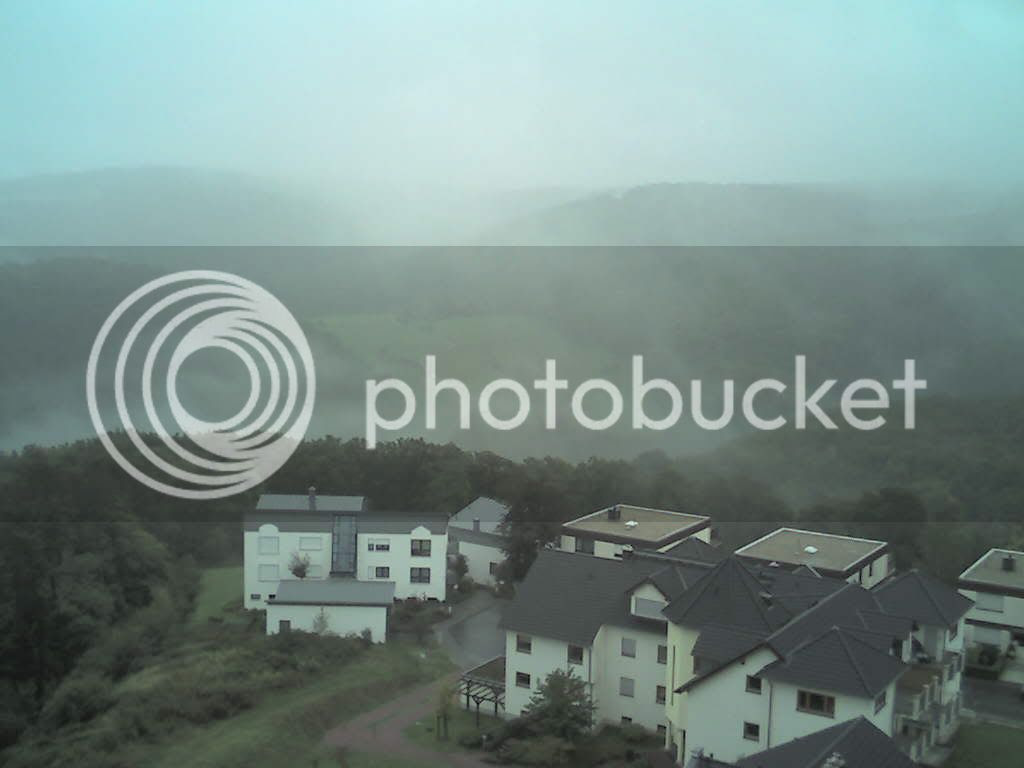 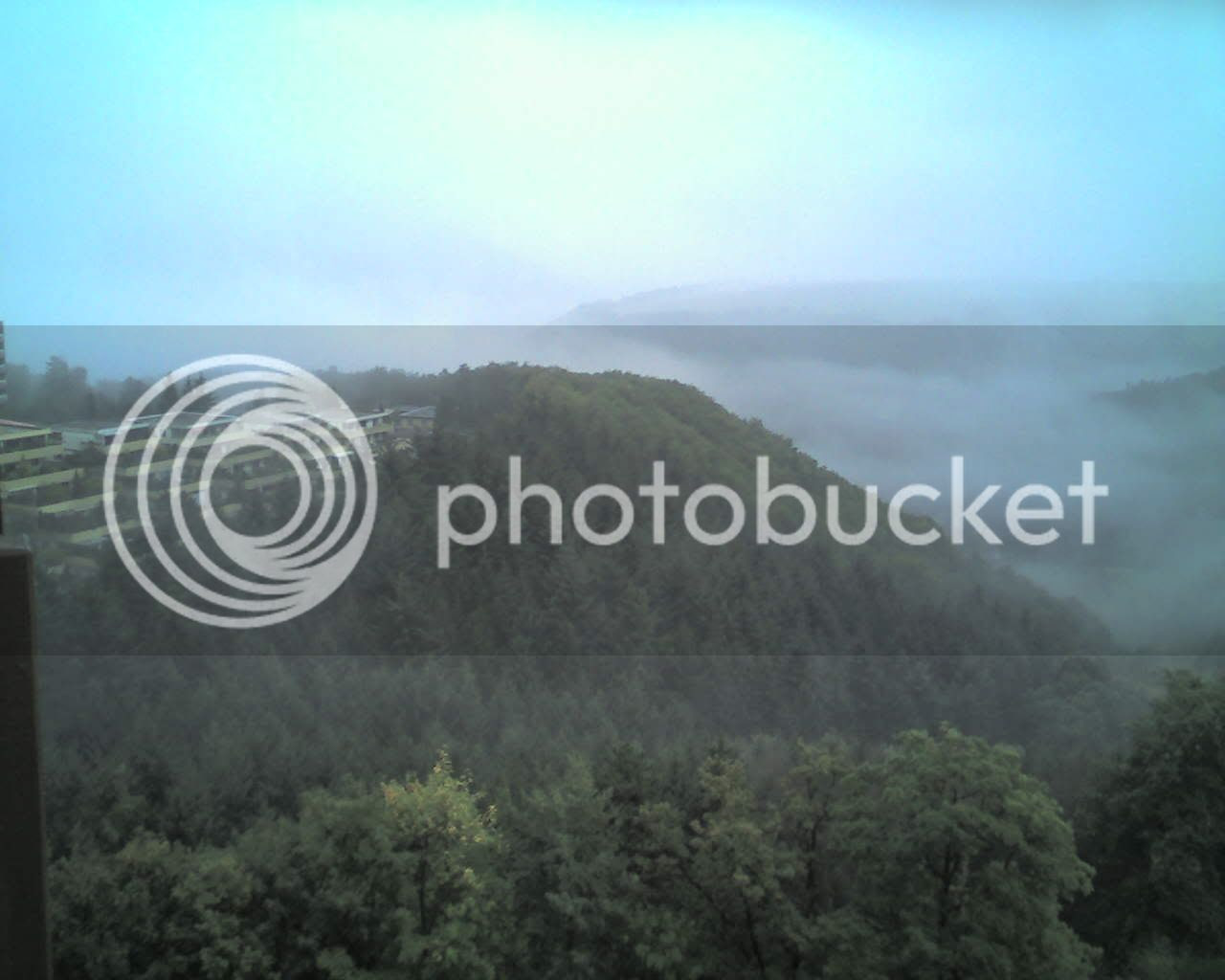 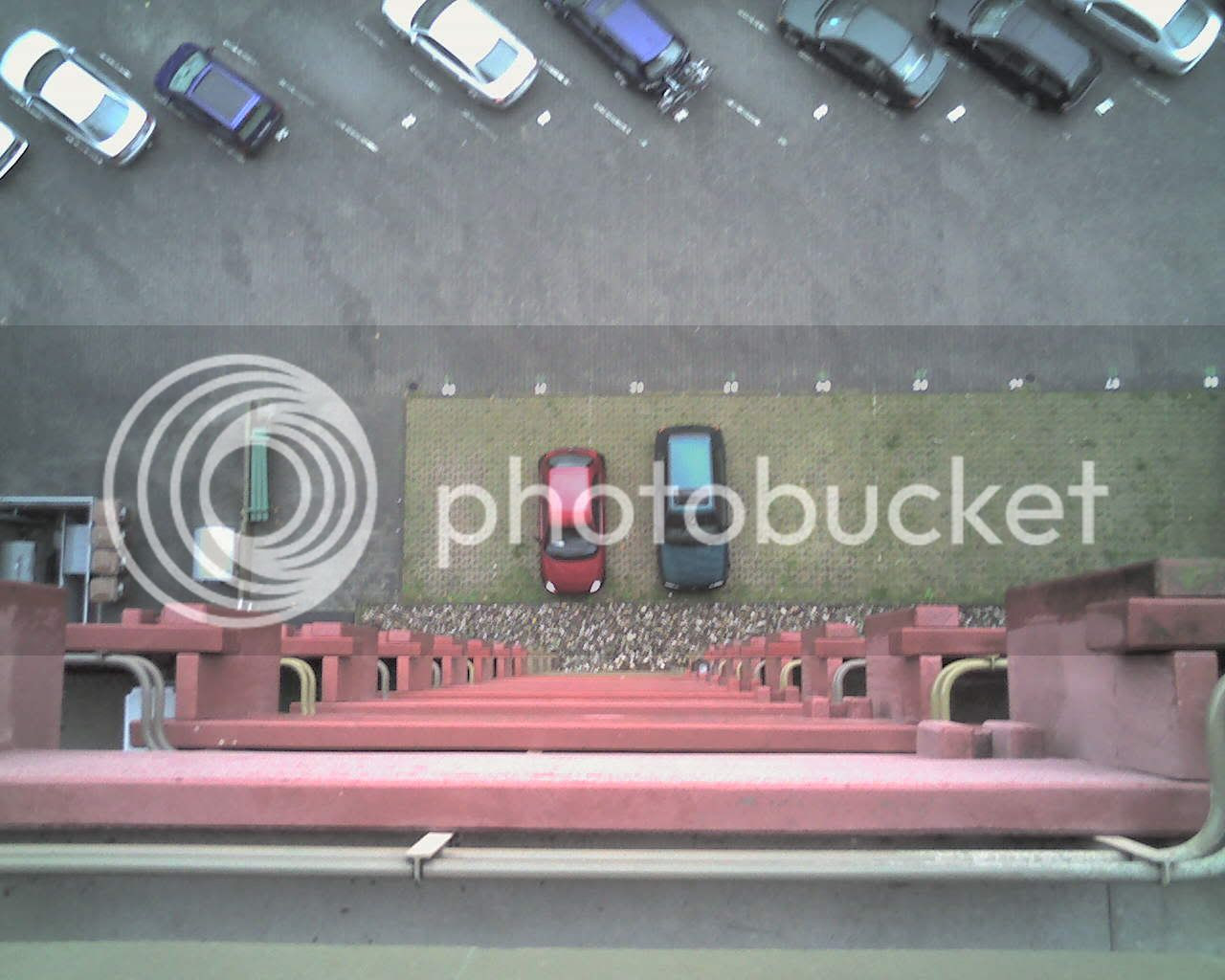 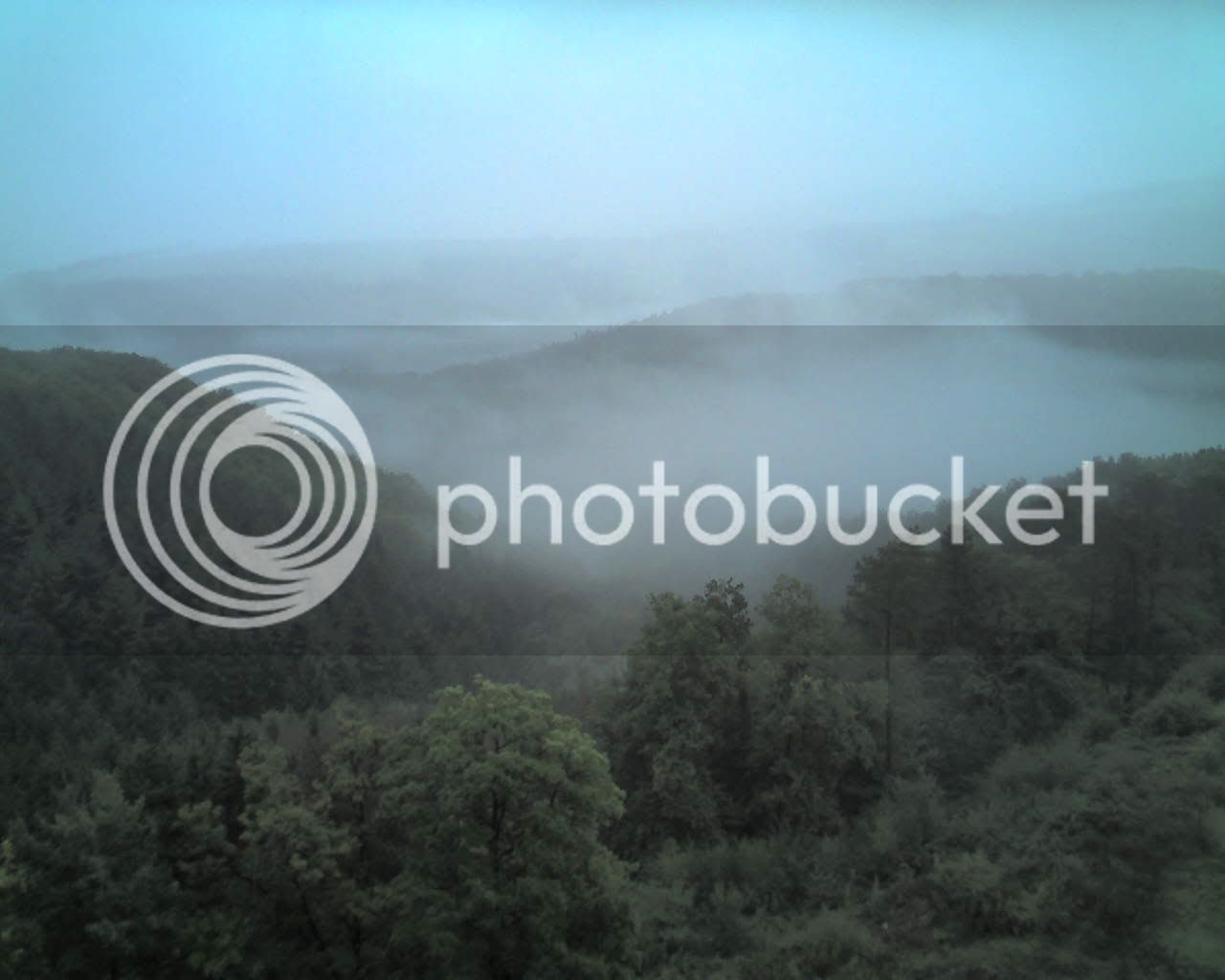 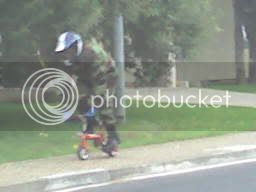 The above picture is just a random pic I took today of some dude who was writing a really really tiny bike. I thought it was amusing enough to take a pic of.

The pic below are some of the youth group volunteers. The chaplains here on base contract out their youth groups to a group called Malachi. Their parent organization is Cadence International. The woman on the right is a missionary and ministers to middle schoolers in a nearby base. The guy on the left is a volunteer at Ramstein's youth group, called "Destiny" and the woman in the middle plays lots of Ultima Online and volunteers in the middle school group to the south of Ramstein. But we're all part of the same Kaiserslautern Military Community which houses about 50,000 military personnel, not including their families. . .or maybe that includes them too. 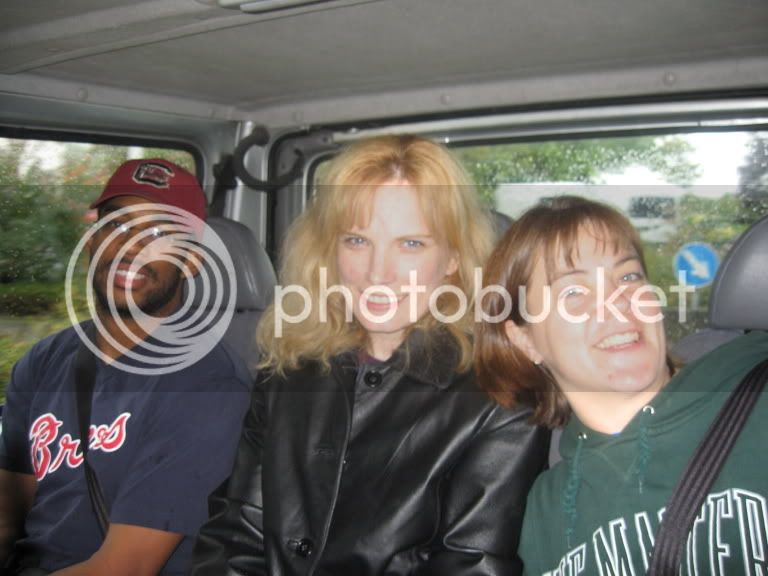 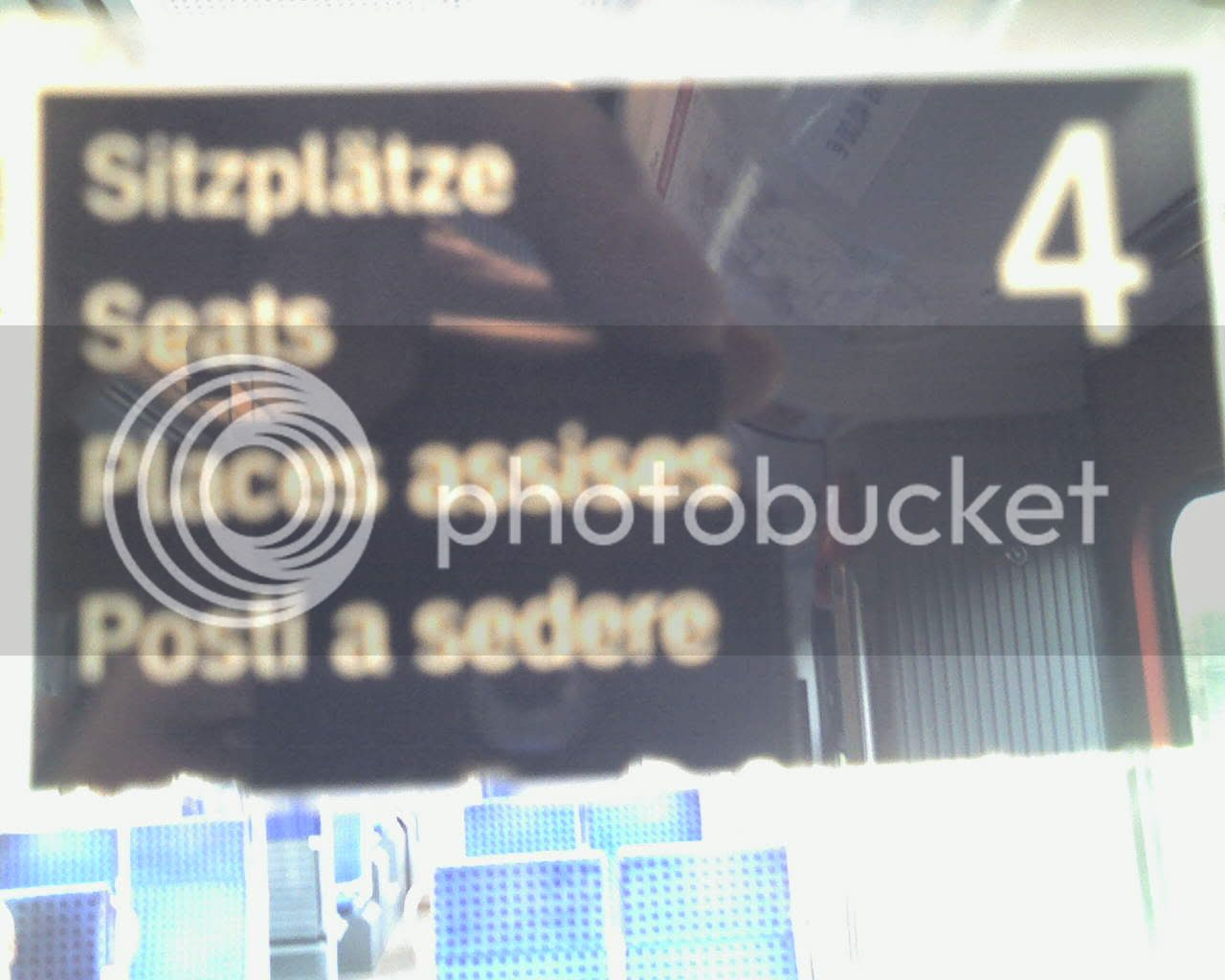 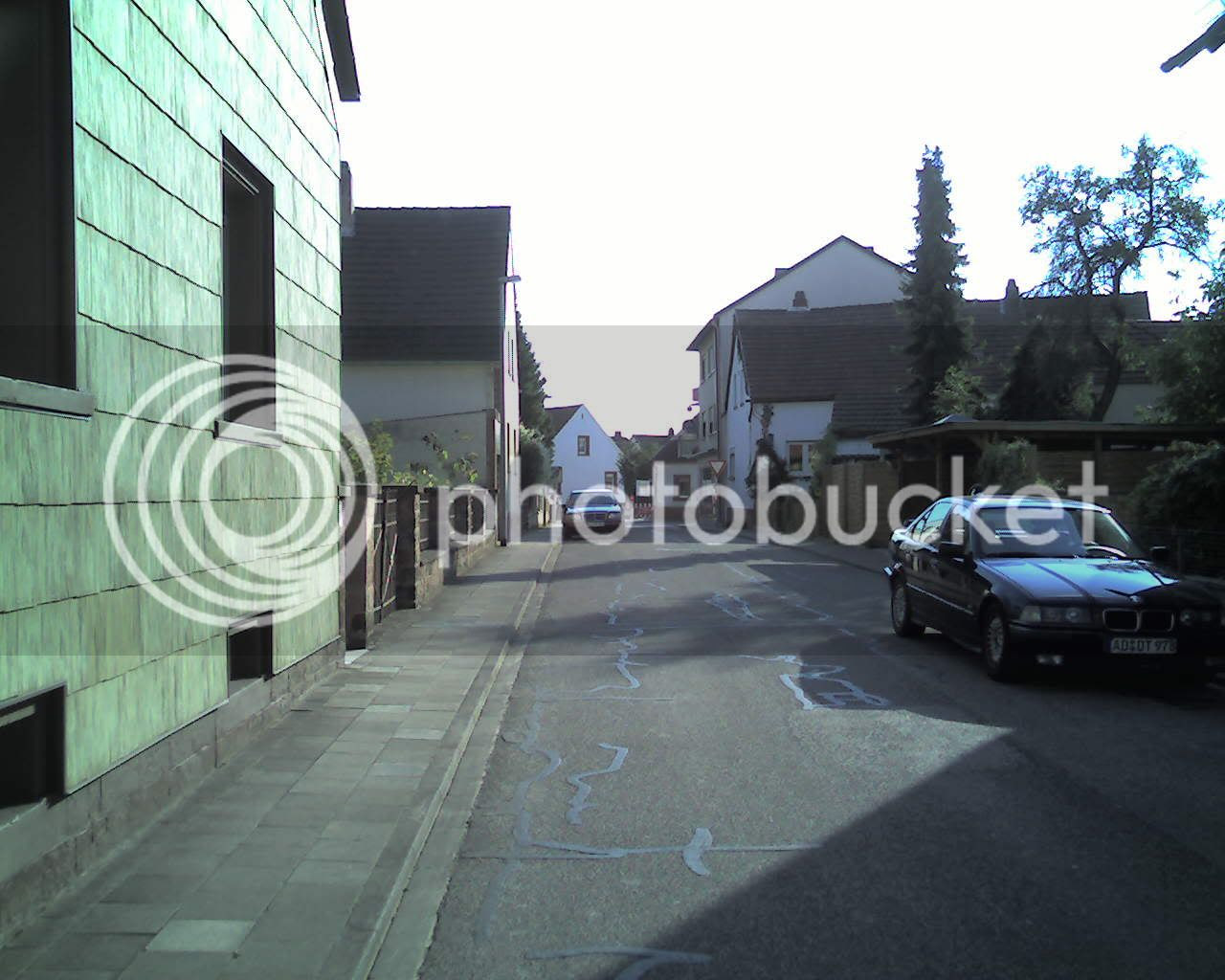 A pic of the side streets near where I stayed in hotel with. Pics of the place I moved into will be up soon. Below is a pic of a chess set with huge chess pieces. I thought that was the coolest thing there. 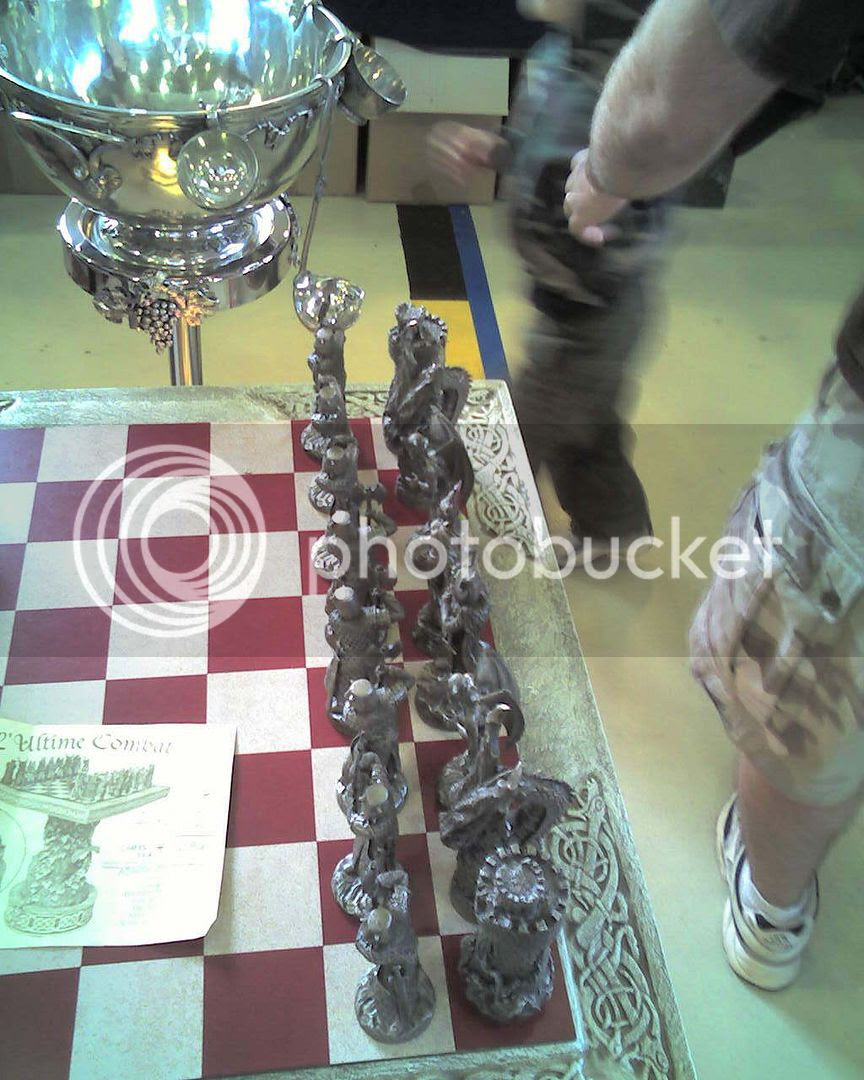 The following pics are of a castle we visited last weekend while on the training retreat. I've been thinking about getting a full plate of armour while I'm here. Just cause. 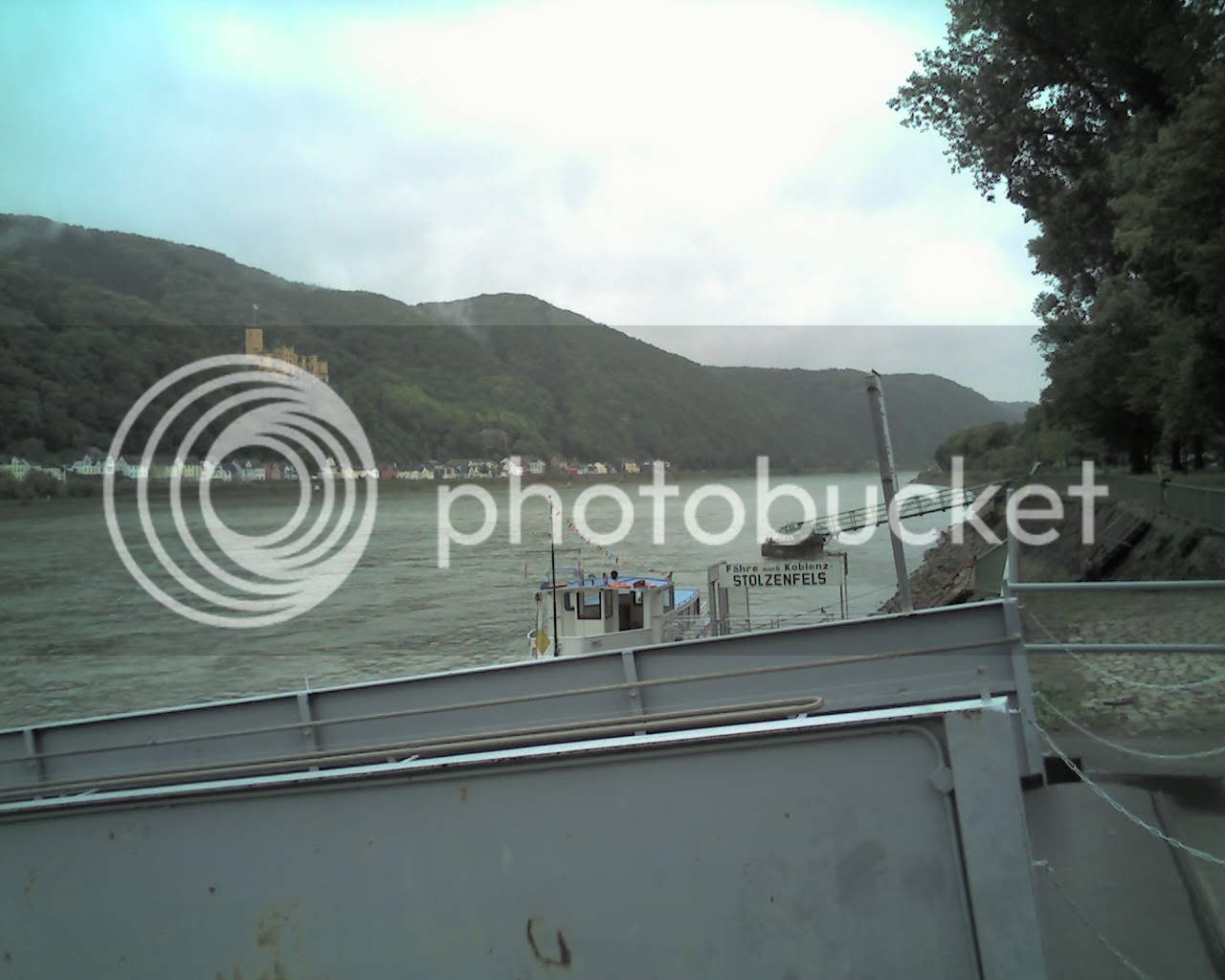 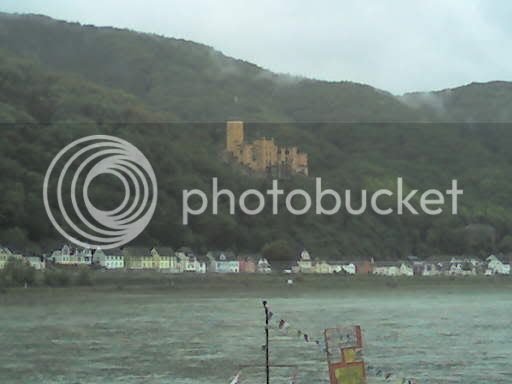 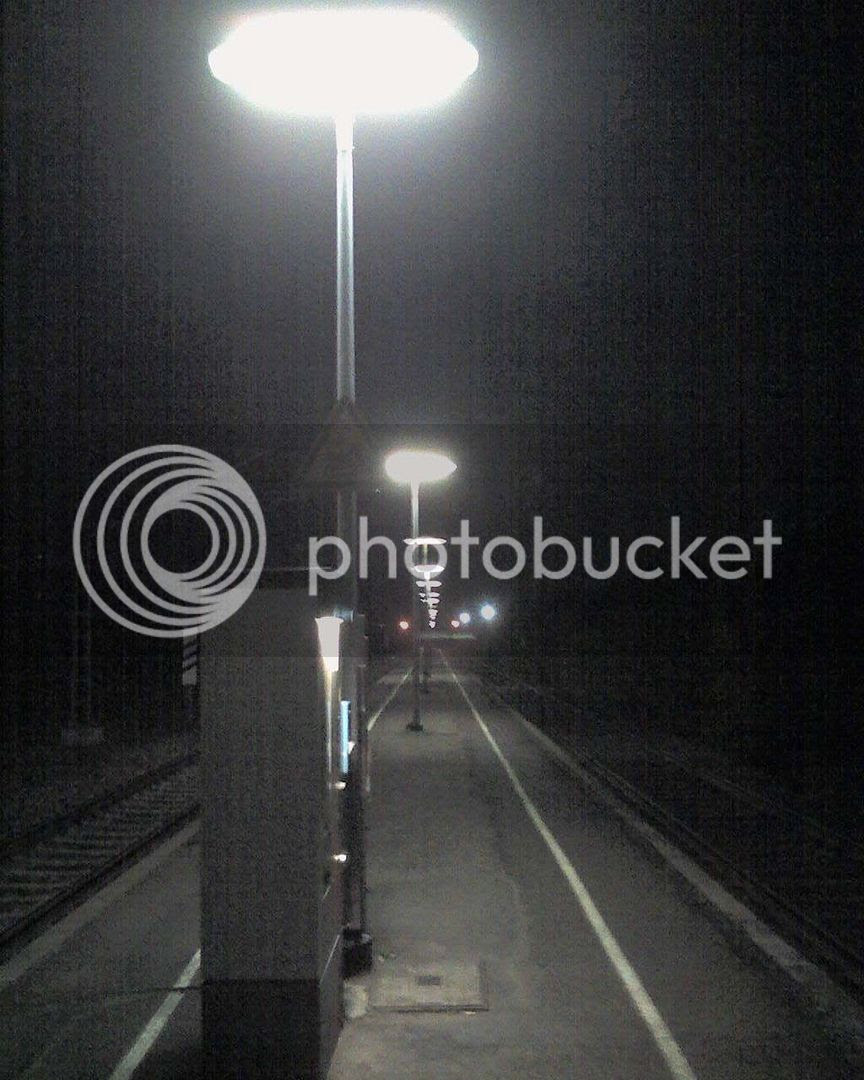 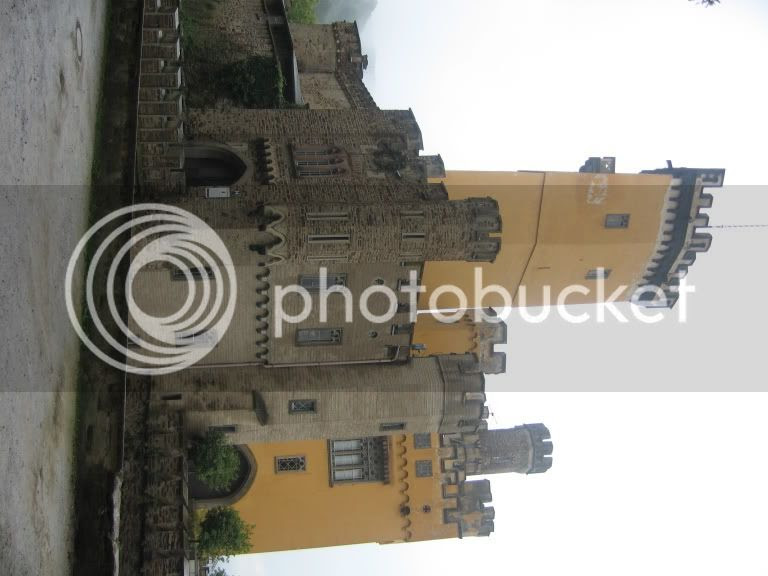 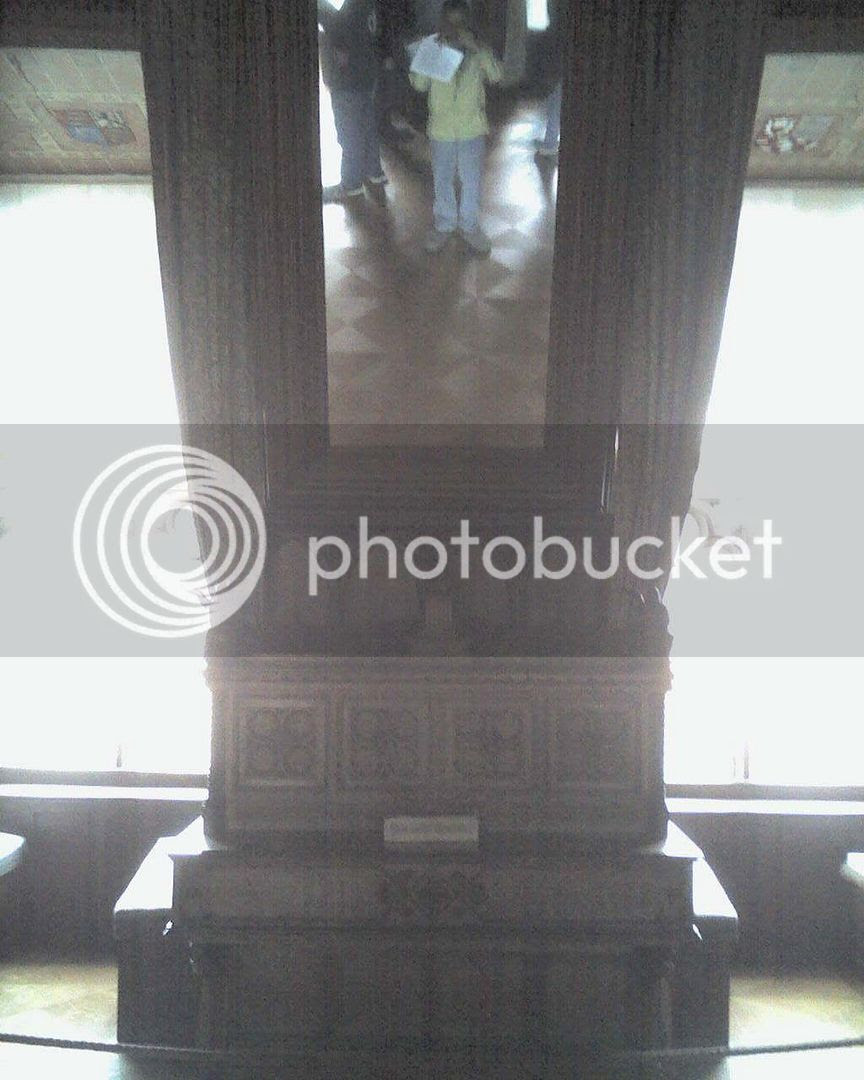 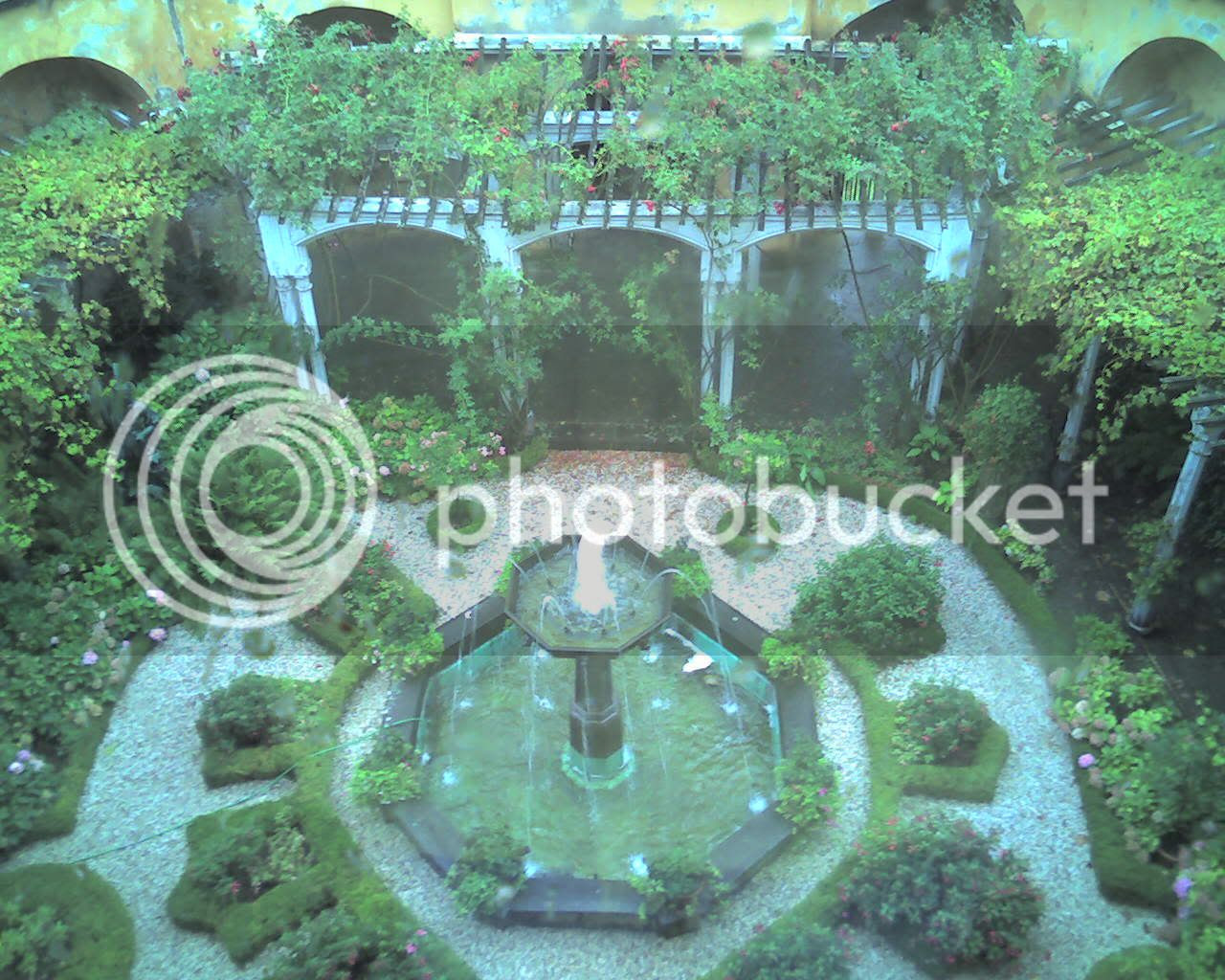 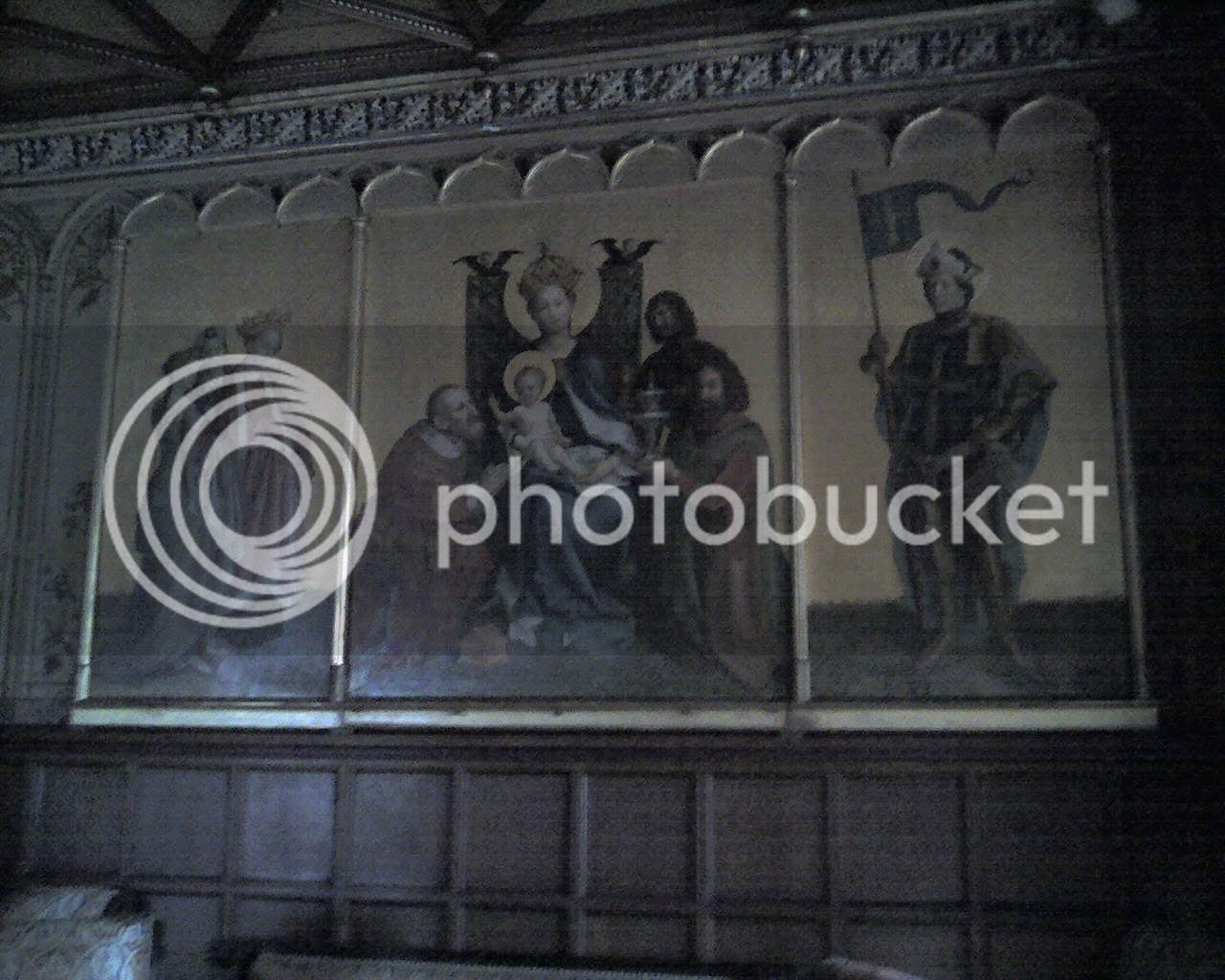 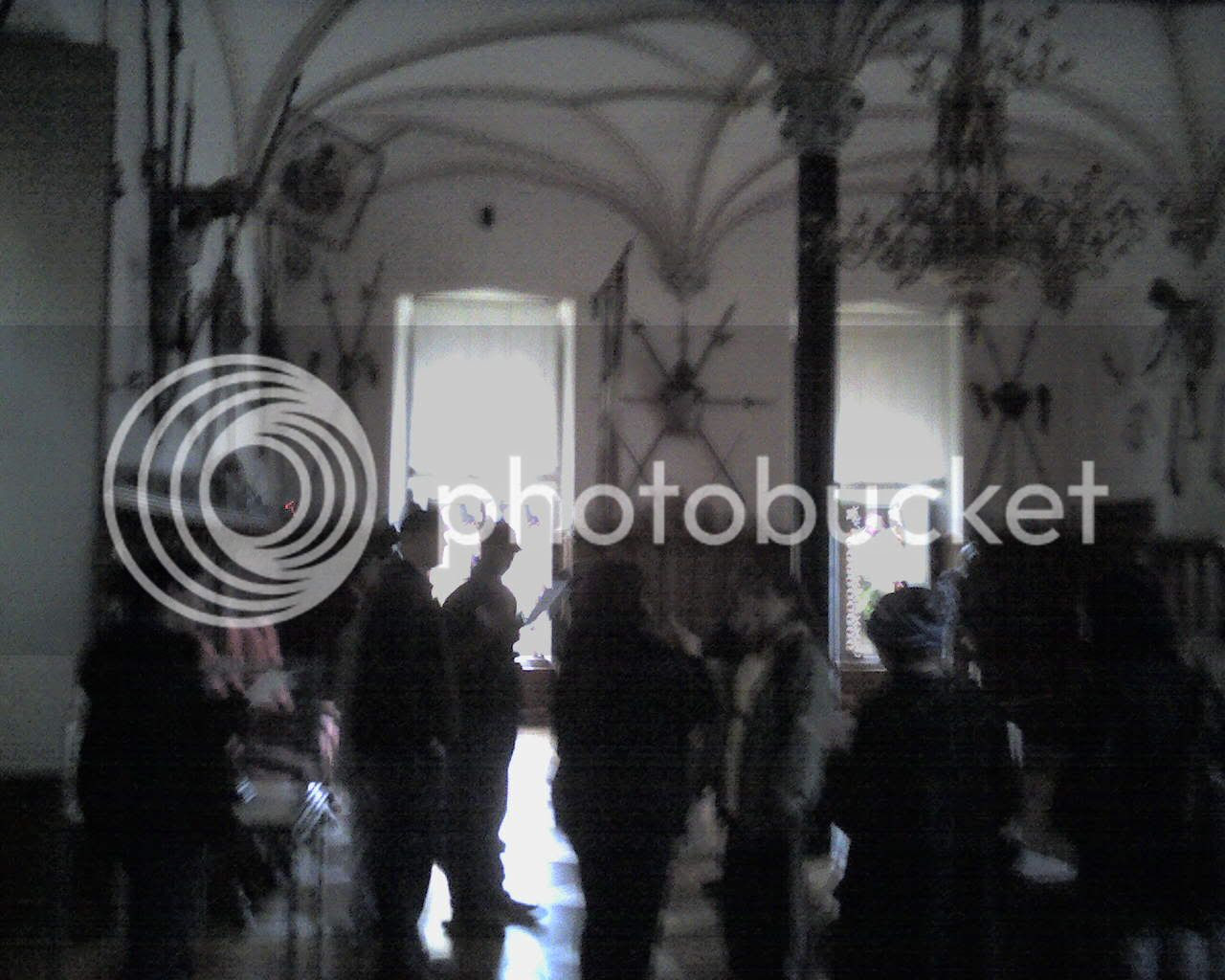 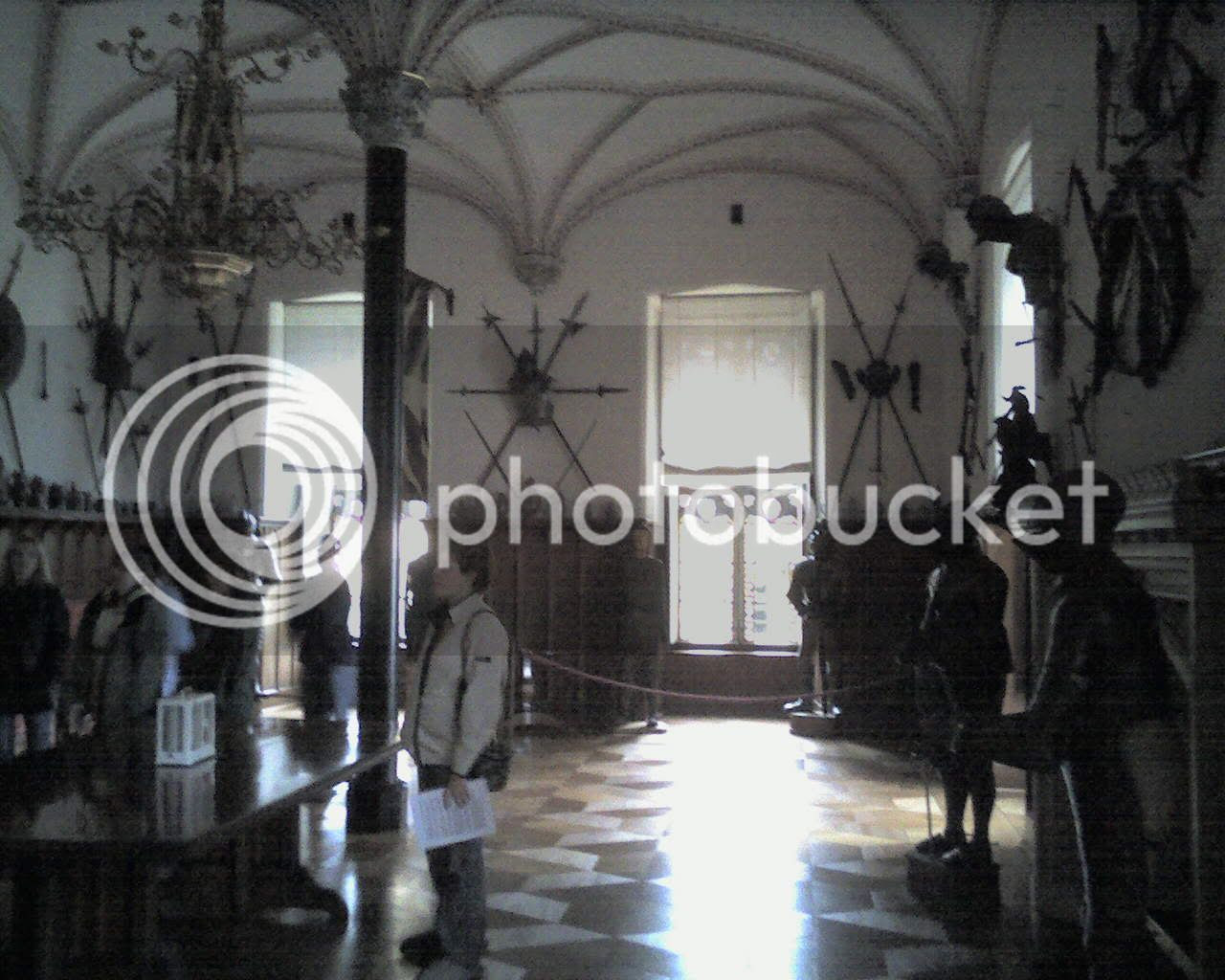 I've also officially started work here, and it seems fine so far. We do basic level, data entry jobs, and right now, with the 1-9PM shift, I have a lot of free time to write and read blogs! Soon, I'll on night shift, 6PM - 6AM, where I'll be learnign German, listening to sermons, and watching tons of DVDs! Here I come Lost, Six Feet Under, Etc.

I'd show you some pictures of the military base and the flightline, which are really tight. I have some good pics. But with all the terrorism going on, I don't want to give any of them all a leg up. Plus, I might get in trouble.

BTW, if you could recommend some good series or preachers to listen/read, I'd be much obliged it. I'll be having TONS of free time over the next two or three months.

Posted by Jefferson Kim at 12:22 PM No comments: