I am now engaged UPDATED

Here's some of the footage my friends took who helped set Kendra up for the proposal:

Myself and her friends lied in her face to make it seem like I wasn't able to go to Paris due to work, so they went without me. . . or so Kendra thought, on Thursday night.  Then on Thursday afternoon, I left work early to drive and meet them at the Eiffel tower to surprise Kendra.

So I get there around 8:00 PM on Thursday and they were still on their way as the video can tell.  I scoped out the first floor to see where it wasn't too busy to propose.  I found this small little gallery area about the history of the Eiffel Tower and text messaged Brad (the supporting trickster) where I was going to be and the one who was video taping.  As I heard their voices getting near, I placed the ring on the ground in the box, and hid in another room.  There was another tourist in there, so I made the universal sign to him "shhhh" with the finger over the mouth and ran to hide.  I watched them enter the room, and slowly she looked down, and looked away, and everyone else in the group moved out of the room, when I moved in.

I picked up the ring off of the ground and I had to tell her to take her gloves off, and take of the ring she already had on her left hand.  then I got on one knee and asked her to marry me.   She said yes.

She can handle the Jefferson.

You can read her side of the story at her site

I am now engaged. I asked her on Thursday at the Eiffel tower. She didn't even think I was going to Paris. Anyway, I'll have the video up later, but for now, here are the pictures. 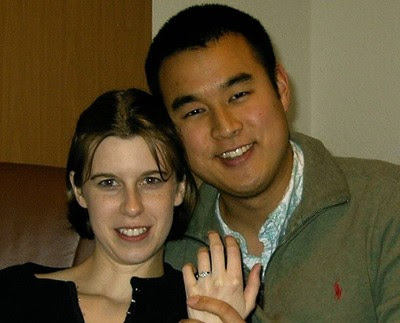 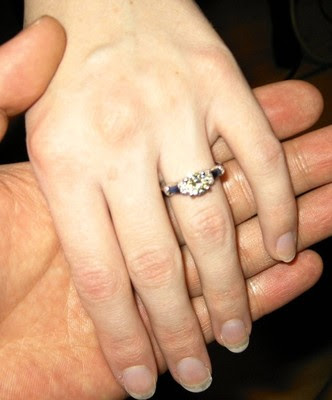 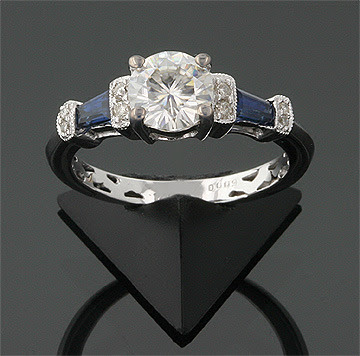 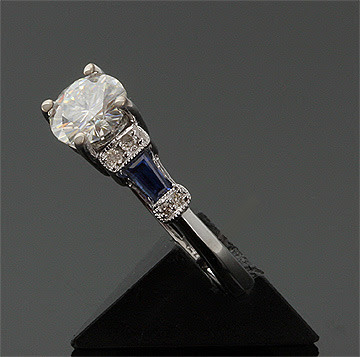 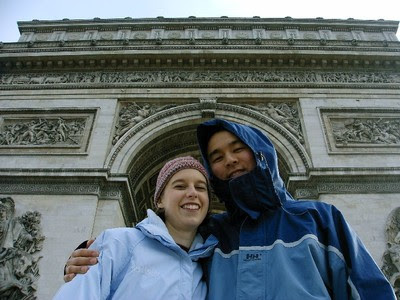 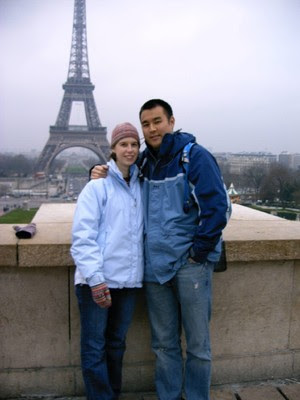 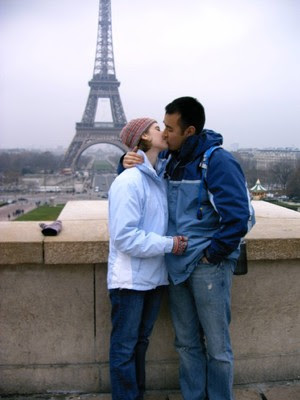 Posted by Jefferson Kim at 12:57 PM No comments: