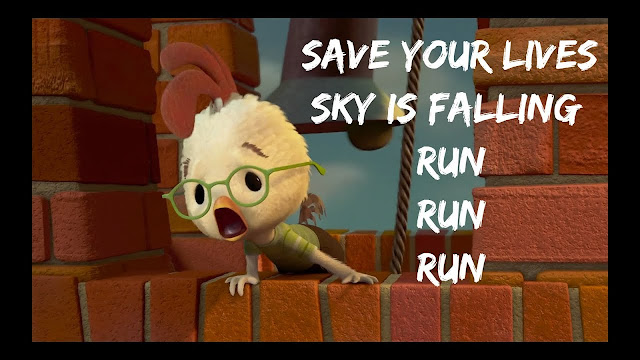 One thing I've noticed while living in Puerto Rico is just how bad the news is in reporting what is actually the case. I don't even bother to read or watch anything mainstream, so I'm talking about more conservative sites as well.

Vox Day talks about how the Official Story is never true and that the news always gets it wrong. Here are some recent examples.

In the most recent Earthquakes in Puerto Rico, power was restored to much of the island by the same night. I have not observed much damage myself around the island, but that's because the most populated areas are on the opposite side of the epicenter. So I was a little confused when I read this:


The nightmarish earthquake swarm that has been rattling Puerto Rico since last month continues to make headlines all over the world.  Homes, businesses, schools, hospitals and historic structures all over the main island of Puerto Rico have crumbled, and many residents are deeply afraid of using many of the buildings that remain standing because they are afraid that they could literally collapse at any moment.

"All over the main island"? That's not what I see. I could understand if they said close to the epicenter. Puerto Rico is pretty big. I certainly felt the earthquakes but nothing has even been knocked off any of my shelves in my house.


There was another instance where the day after they voted to impeach Trump, a bunch of Democrats, mainly from New York, wrote to the White House a letter wanting to investigate the tax incentives Puerto Rico is offering. Considering the timing, I'm sure their letter went something like this:

It's only worth mentioning to laugh at them. Unfortunately, I wasted time reading various articles on it and will probably continue and do so. None of the articles I read mentioned the timing of the letter in comparison to the Articles of Impeachment vote.

I'm invested in Puerto Rico at this point, so I'll still have to wade through the garbage of mainland reporters trying to report on things in Puerto Rico when they can't even speak or read Spanish (only 20% of the population can speak English "very well.")
Posted by Jefferson Kim at 1:53 PM