The story of Jacob and his two wives, the ugly one and pretty one, brought on an interesting twist as I sort of, may have, two wives one day (https://blog.jeffersonkim.com/2020/01/how-to-have-two-wives-or-more-in-united.html)

Let's say with the ugly one, I have had four children with. But the ugly wife hates me, doesn't have sex with me, and I still have to support her monetarily. Oh well. I guess I'm stuck.At least she lives in a tent far off where I don't have to interact with her.

It's interesting to read how the mentality of the ugly one was to believe that by having more children, that she will be loved more by Jacob (who obviously loved the hotter wife more). 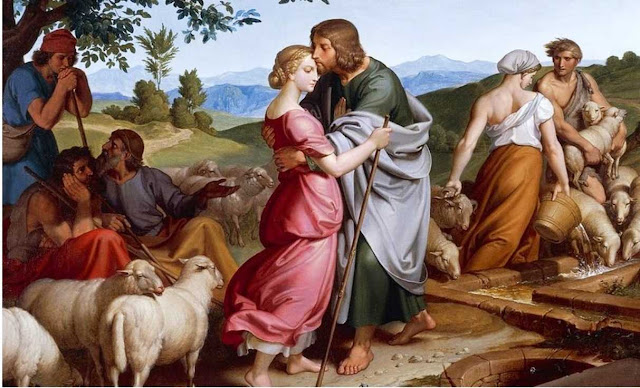 By having numerous children, the ugly one knew she was set because now she has monetary security (maybe).

The hot wife, on the other hand, was not able to bear any children, so she handed over her servant to be impregnated and took the child as her own.

Let's say I get remarried and have children with a younger, hotter wife. Certainly, if I'm forced to have to choose between the children between my two wives (though one is technically divorced), will I not end up choosing the children from my current wife? Certainly, the favored wife will have more influence on my final decision compared to the wife who absolutely hates my guts and won't even talk to me.

I suppose I may discover just how strong this influence may be.

If the children are far enough apart in age, it's not necessarily an issue as they become adults and start working for the father at different times. This seems to be the case of Donald Trump and his children. His favorite wife, Melanie, has a 13 year old son. His other children are 42, 38, 36, and 26. So there's a 29 year spread.

Well. It looks like I'm still on track and ahead of schedule.
Posted by Jefferson Kim at 10:58 PM