Despite the rhetoric, I don't think most people in the rally would actually be willing to die for their gun rights.

If there was a Civil War in the United States, I would not stay and fight for either side.

Native Puerto Ricans also have made that choice. Instead of trying to change the system, they have chosen to simply move out of Puerto Rico and move to the States. And complain from outside the system.

But the cries of those outside of the system make no difference because they have already removed themselves from the fight. They have lost "skin in the game." They have lost credibility and are asking others to sacrifice what they would not do themselves.

In the American Revolutionary War, wealth was very much tied to physical land. In today's economy, depending on your job, you can be much more mobile. What that essentially means is that those whose wealth are mobile will choose to move their family away from any upcoming conflict. What exactly would they be dying for?

How many people are actually tied to their land?

In South Africa, you have the White Farmers. They are willing to stay and fight for their land. Their land is their wealth. Their children's legacy is tied to their land. So they will fight. (If it was me, I'd tell me kids to start learning skills that they can profit from that is not tied to land).

At least for me, and probably for the majority of people in the United States, they have demonstrated their ability to simply pack up their belongings and move to another State. That means, they are not willing to die for their land. 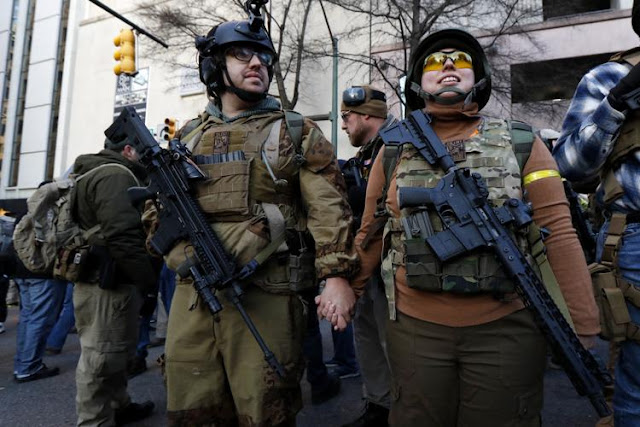