What Do You Do When Your Wife is a Gamma & You Don't Believe in Divorce? 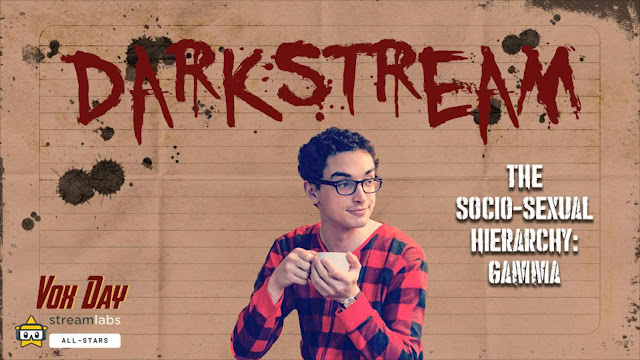 I read this Gamma's confession on Vox Day's blog and was struck by how similar this sounded like to some women I know:


You were right at identifying Gamma in me, I knew it at the time, but I couldn't help myself. It was an outburst. So I apologize for coming at you with the wrong motivations and for being driven by my ego.

It's interesting how Gamma behavior undercuts and discredits the Gamma's own interests.

I find in myself I can start out honestly, but I get set off by a spiraling imagination which overtakes me and makes me emotional. It causes me to instantly hate anyone who slights me because of fear and weakness, and not being firmly grounded in forgiveness, love and God. I interpret their actions in the worst possible way, and hair-trigger react to it into a murderously aggressive stance. There is always a partial awareness of the unfoundedness of this overreaction, but it is a survival instinct like an abused dog lashes out, based in the emotional unsteadiness and mindlessness which sweeps me off my feet. Shame and knowing subconsciously that I have lost myself piles on more emotional pain which forces me deeper into committing into that state.

For women, I would call one of the lies is that the woman OUGHT to be equal to the man. Any sort of superiority is met with feelings of inferiority and resentment. The fact that the man would have authority over the woman is akin to the woman just being a "door mat."

For men, this is called being a Bravo or Delta to the Alpha. They feel fulfilled to be lead by a strong Alpha. It's the Gammas which are embittered toward the Alpha because they are the "secret king" that should be the Alpha, even though objectively, they simply do not have the traits to make them worthy to be followed. So they seethe in bitterness.

Another term I've heard before is called "Emotional Flooding." For whatever reason they do not have a very large reservoir to manage their various emotions and then their senses become overloaded with minor perceived stresses. Mountains are made out of molehills. Everything takes on a Fight or Flight response. They are not able to think long-term because their brain essentially shuts off.

I think the "Gamma Delusion Bubble" has been covered by the Manosphere called the "Spinning Hamster Wheel" in which women will go on to no end to justify their selfish actions. I could probably research more on this but it's not central to my main question.

The question is, "What do you do when your wife is a Gamma?"

If you don't believe in Divorce, then you have to wait for her to Divorce you. And you should probably expect it. Just like Gammas, no amount of rationale, begging, negotiating, and threatening can get beyond the core issue that exists in the Gamma:


1) Unwillingness to see and accept things as they really are because that would mean they have to admit they are inferior.

2) Seething resentment resulting in passive-aggressive behavior to undermine your authority that culminates into an ultimate betrayal.

In the SSH, the only thing you can do is jettison any Gammas from your corporation or presence without mercy. It's like cutting out a cancer. Vox Day talks about this more in his book "Corporate Cancer" which I should probably read, because I may be able to apply some of the principles in this book.

Well, the problem with a wife (if Christian) is that you can't just Divorce her for being a Gamma.

Because it is illegal to beat your Gamma into submission, which is usually what happens when a team does not have a choice but to have Gamma's on their team, your only option is to remove all responsibilities for them to sabotage and ignore everything they say.

When I mean ignore everything they say, I mean you pretty much cannot engage in their attempts to push your buttons. Stay cool as a cucumber. There is no requirement in the Bible that you need to answer any of your wife's questions. Even Jesus stayed pretty much mute when asked accusing questions by the Pharisees and Authorities. You never know if she's working up the evidence to file a Protection Order or find ammo to make her the victim of Domestic Abuse. But, you may literally need to simply not talk to her if you can't maintain your cool, choosing to only communicate in email.

It's just like if you have a rebellious child in the household. You certainly would not give them any responsibilities, but you would still take care of them because you love them.

In the case of a Gamma Wife, you would probably need to do the same, and always be prepared for pretty much the inevitable betrayal. A Gamma Wife will be able to find any sort of reason to justify Divorcing you and to finally take her revenge out on you through the courts. Maybe she'll start an affair to spite you, then you're free to Divorce her.

I would implement the Male Action Plan continuously in your life so that you will be ready when she finally Divorces you. You need to start pumping up your Sexual Market Value. More information on the MAP can be found at Athol Kay's blog (http://atholkay.com/35-what-is-the-map/). Be the best man you can be. That's a good principle to follow always, but you need to take it with more urgency when married to a Gamma.

Unfortunately, you should not expect any support from the local church. In fact, you should probably expect them to take her side. It is rare for pastors to tell the wife that she should be submitting to her husband as the Bible commands. After all, it's YOUR fault she's not submitting to your leadership because YOU'RE NOT leading well (Dalrock talks more about the inversion in Biblical headship that has occurred in churches here: https://dalrock.wordpress.com/)

Even if the church were to take your side, the Gamma wife will easily find allies from other Christian bloggers & pastors. Also, you don't want to be using moral guilt to convince your Gamma wife to stay with you. That will only result in more bitterness and delay the inevitable. In fact, you probably want to be encouraging her out the door by being disconnected despite whatever she can dish out at court. The quicker she is out, the better.

Accept the fact that she's going to take your lollipops and fancy pants. Accept the fact that she may temporarily take your kids. (You'll get them back when they understand what's happening). You need to start getting emotionally and spiritually prepared. Much of the pain of divorce is the emotional anxiety you place on yourself. If you are already mentally set and accepting of your fate, you may be surprised how clear your next steps should be.

If you live with integrity, have courage, stay strong in the Truth, and continually push to become a better man, you will be better off in the end.

In any case, why would you want to try and trap someone who obviously resents you, to stay with you?

Another friend told me that if someone wanted to divorce him in a horrible way, he wouldn't want to be with them either.

Wipe the dust off your sandals and move on.

No amount of Disney Magic will change the base lies the Gamma woman tells herself. If they change, great. But don't delay your steps toward self-improvement on the hope that the Holy Spirit will perform some kind of miracle. If it would help, I recommend staying away from any Christian sap stories that talk about some kind of miraculous Divorce reconciliation. That includes YouTube videos. You NEVER know the whole story, and really, now that I think about it, they mostly consist of the man surrendering the headship of his family to his rebellious, "Christian" wife.

Anyway, even if she "miraculously" states she doesn't want Divorce anymore, it's unlikely her underlying resentments toward you are gone, and she's just biding the time to Divorce you when it's more advantageous to her. Once a woman is rebellious, she'll always be rebellious.

When you come out the other end with a higher SMV thanks to the MAP you've been implementing, and seeing the kind of women (and quality) you will be attracting, you will be all the more thankful that your Gamma wife did you the favor of Divorcing you.

It may end up being the best gift she had ever given you.

(I recommend you don't take my opinions seriously and investigate everything on your own. I'm no expert.)
Posted by Jefferson Kim at 1:04 AM