When My Life Shattered, I Immersed Myself in Ancient Wisdom

It is easy to lose perspective on life when circumstances out of your control turn to shit. Your worries about things that may or may not happen in the future only add to the suffering.

When my children were stripped from me earlier this year, I was shattered. There was the real possibility of my children moving out of State and me not being able to contact them for one year.

I dived straight toward God's presence to sooth my torment and to trust that He loves my children more than I do. I knew God would make sure all things would work out for the better in the end. God met me in my torment and I got through it and I've been able to see that it was better I didn't get what I wanted at the beginning.

I'm so glad I was powerless because my efforts to fix things would had messed up the incredible things God provided for me and into the future. I know I will be even more thankful as time goes on.

The other thing I discovered was the wisdom of the Stoics. As I dealt with the alienation between myself and my children, I read The Enchiridion by Epictetus. I laughed as he discussed advice on dealing with the deaths of your wife and children. It turns out, it must've been a pretty common thing back then to lose your children. That helped bring my situation into perspective. My children were still alive, my relationship was better than ever, and I was still able to see them, despite the low frequency.

You can read it here (http://classics.mit.edu/Epictetus/epicench.html). Spend the 30 minutes or so to have the right mindset when you inevitable hit tragedy. 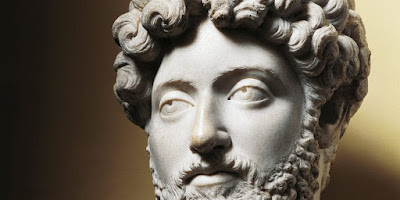 I also read Meditations by Marcus Aurelius. He reinforced the things which I had observed already in my struggles being alienated from my children and to trust in God's providence (even if he wasn't a Christian). I found the Gregory Hays translation to be the easiest to read.(https://www.amazon.com/gp/product/B000FC1JAI/ref=ppx_yo_dt_b_search_asin_image?ie=UTF8&psc=1)

I also found that the Stoics offered way better advice and perspective than shitty articles from Google I pulled up. Talk about the "blind leading the blind."

Shitty situations will come to all.

The question is, how do you respond to the shitty situation? Will you make it worse by wallowing in despair or just being angry bad things happened to you? Or will you fight to be a better man when you inevitably get through it?

If you know that you will be better off no matter how seemingly bad of a situation you are placed in, then you are a man worth being and someone your children will want to become.

Maybe it will take 3 months, 6 months, 1 year, 5 years, 10 years, or more to clear up, but if you live with integrity and constantly improve yourself (things that you have control over), then you will ultimately be better off. Do what you can, and let the rest sort itself out.

In the case of Jesus, He was murdered and buried. All hope was lost. How could this shit sandwich be made into a good thing? It ended up being the best thing.


In the end, all will be made right. It's just a matter of time.

And being found in human form, he humbled himself by becoming obedient to the point of death, even death on a cross. 9 Therefore God has highly exalted him and bestowed on him the name that is above every name, 10 so that at the name of Jesus every knee should bow, in heaven and on earth and under the earth, 11 and every tongue confess that Jesus Christ is Lord, to the glory of God the Father.