Why Would I Still Want More Children After Getting Divorced?

Behold, children are a heritage from the LORD,
the fruit of the womb a reward.

Like arrows in the hand of a warrior
are the children of one’s youth.

Blessed is the man
who fills his quiver with them!

He shall not be put to shame
when he speaks with his enemies in the gate.


When I tell people I have four children, usually the reaction is wide eyes and, "but you look so young!"

Koreans are not known to have many children, nor are most South-East Asians. I had two siblings, so we were on the larger side for Koreans. Growing up, I hung out a lot with Mormon families. My best friend's father had 7 children. I never thought it really strange, but I always thought his older siblings were so cool. When I was entering my Junior year in high school (age 15/16), I went to a Leadership camp and they asked a question about what I wanted to have written on my tombstone. I said, "Father."

I was married when I was 23 and prior a virgin. I had my first child when I was 25. When my eldest child turns 16, I will still be in my young 40s. I will still be young enough to do all the crazy stuff I wish I got to do with my father. I would've kept having more children, but my wife hit her limit.

At age 35, I was divorced and estranged from my four children. I had to decide what I wanted to do next.

Pretty much all Manosphere, MGTOW, Incels, and Red-Pill guys simply say don't get married and fornicate. That's not an option for me since I attempt to follow Jesus Christ. Plus, I had become accustomed to having sex without a condom. I've met guys who still fornicate with various women without a condom, but I am too concerned about obtaining a disease that way. The thought of having sex with a condom, even with many different women, did not appeal to me at all. In fact, the thought of having sex with a woman and not trying to impregnate her, instead releasing my seed into a fun bag to simply flush down the toilet, just seems so fake, unnatural, and unsatisfying. I also don't drink, so that ruins a lot of fun out of fornicating with random women.

The next question I had to ask myself was whether or not I wanted more children or not.

Pretty much everything I did while married was with the mindset of legacy for my children. My thoughts and dreams all included the empire I would build with them. Donald J. Trump and his children looked to be the kind of model for which I would want my children to be involved with. Everything was into the future as they were still too young.

So when I was estranged from my children, my purpose in life was shattered.

God met me in a real way, and as I've gone through the Divorce process and been able to reflect on my mistakes & marriage. I realized early on that it wasn't God who fucked up, but it was my sin, her sin, and the fallen world. There was no reason for me to get bitter about the whole thing, and if anything, I have grown more confident in God as I realize that Scripture is even more true to me than ever before.

I don't really like to travel at all and I don't like to buy super expensive things. I'm also financially secure with a lot of earning potential yet to have. What else am I going to do but have more children?

So maybe I'll have four more. Who knows?

I've told some people I want more children, and their heads explode.

And even in movies in Divorces, they over dramatize how high-stakes it is. I think this is Propaganda to make people afraid to get married because they are worried their children will be stolen from them by their wife. Usually, they're fighting over one or two children. They do not tell the entire story. This goes with the "and they lived happily, ever after." Real life is much more complicated and has a much longer trajectory. 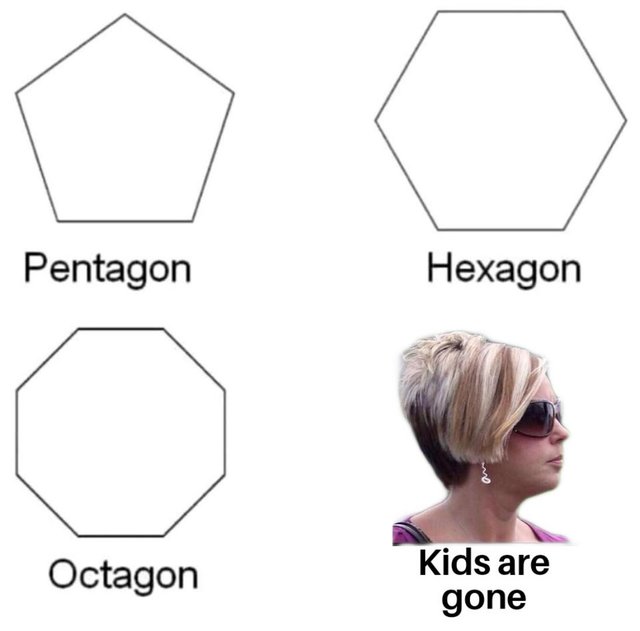 Check out the story of Caleb Leverett (https://www.youtube.com/user/CrankMyCat). Though his ex-wife got full custody (or near so), the kids grew up, understand what was true, and when they got  large enough to put up a fight, chose to live with their father. Also, if you do some searching on Reddit, you'll find threads of grown up children who were alienated from their fathers thanks to the court systems (and short-sighted mothers) and later discover the truth, reuniting with their estranged father. Or Donald Trump Jr., who did not talk to his father for a year when he was 12.

What is more important is who you are as a man today and every day going forward. Are you a man of principle worth following? Or are you a coward that your children could never respect?

I can take a counter-example where my father had full custody of me growing up. I ended up reconnecting with my estranged mother, and I work with her now. Even though my father had full custody, he just is not the type of man I would want to emulate. There never existed a relationship to preserve. He consistently gives bad advice. It was interesting to hear how much they would tell me growing up: "You'll understand when you get older and have children of your own."

Well, I've had children, I've been through a Divorce, and I only have more contempt at the choices they made, but I have no right to blame anything I am today on their choices more than 20 years ago.

In the streams of Owen Benjamin and Vox Day, they talk about how the most rewarding things in their life involve memories and interactions they have with their children. I concur with their assessment.

In July, I went to a 10-day boot camp called Project Rockstar on how to attract women (Yes, a pickup artist camp, if you want to be overly simplistic). We did a guided Wim Hof breathing exercise where essentially we over-oxygenate our bodies in order to achieve hallucinogenic experiences. What I received was a fire-tunnel of love energy with the faces of each of my children. Each of their faces radiated such joy, happiness, and love toward me, I wept uncontrollably. The love was overwhelming.

This phrase kept repeating in my head to the effect of, "You are already richly blessed and loved. You just need to see it before you. It already exists in your life NOW."

And I continued and FELT the torrent of love pouring into my spirit.

When I see the faces of my children now, I sense an echo of that love-hurricane I experienced before.

When I sing a duet with my daughter, I know that everything is going to be alright.

When I play drums, while my kids play various instruments, I know everything is going to be alright.

When we sing in the car together as I drop them off to be with their mom, I know everything is going to be alright.

When I hear them scream with delight as I throw them into the air, I know everything is going to be alright.

As I count all the exciting things I look forward to doing with my kids as they get older, I know everything is going to be alright.

This "knowing" that I speak of resonates with my spirit. It is not merely head knowledge, but a truth spoken to the deepest parts of my heart and fears of the future.

Despite the pain & suffering I've gone through with the estrangement (and more to come), I can confidently say fathering the four kids was worth it.

The only thing I can do is be the best man I can be, and should my children decide to investigate me further when they get older, they will discover a man of courage and a man they want to follow. (Or if they don't, I'll probably have more children who will. You can't win them all.)
Posted by Jefferson Kim at 9:40 PM