While listening to Trump's speech for the 2020 March for Life, he pandered toward women's votes and stated how great it was that it's been about 100 years since women had the right to vote. He also stated that it was women who were voting to protect the lives of the unborn.

My wrong assumption was that the majority of women were supportive of murdering babies and it was actually giving women the right to vote which can be blamed for the popularization of baby murder in the electorate.

When I looked at the data some more, below, you can see it's not so clear cut. It seems men tend to be more Pro-Life, but the numbers are so close, it's hard to say. If anything, it seems to be since about 2011 that you start to see a gender spread, but it doesn't seem to be a trend as it flipped in 2019.

So, therefore, it would not be correct to say that giving the right for women to vote lead to the murdering of babies if you're looking at these graphs. 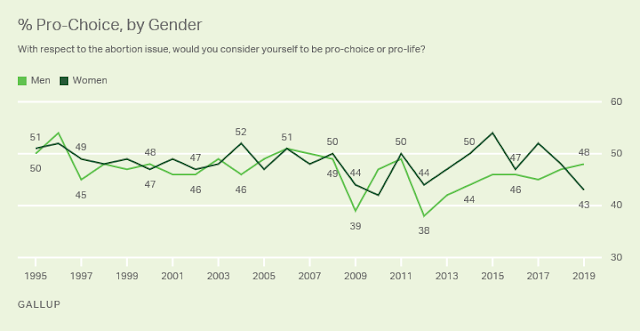 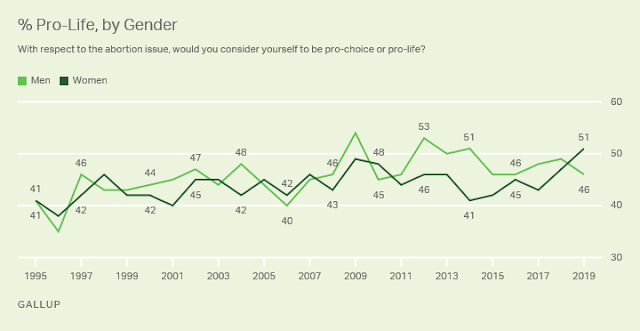 
Another interesting observation is that the opinions of women toward abortion don't seem to had changed much since 1975. It would seem that as Feminism has become more popular, we would've seen baby murdering more popular, but that's not reflected in this graph. 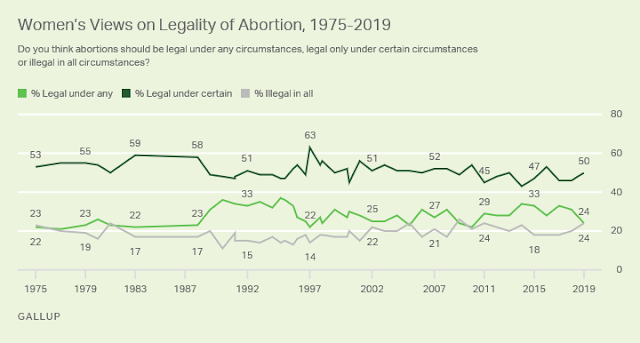