This review will contain spoilers. There was a time that I stopped watching movies in theaters because I found myself constantly being disappointed with the lazy, plot lines. I have seen probably about 95% of the movies listed on the IMDB top 250 movies. https://www.imdb.com/chart/top/?ref_=nv_mv_250 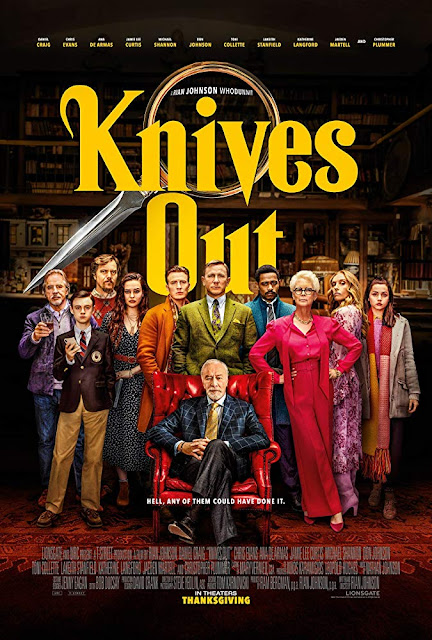 I find movies to be really annoying when the main characters act in a way that is not believable, or if the main actors are just weak, stupid men. I don't tolerate idiots very well in my life, and I certainly don't enjoy wasting two hours of my life watching a movie about an idiot.

My face usually scrunches up into disgust as I watch this man act in ways that I would never act had I been in his shoes. If a problem could be solved easily by arming oneself with an AR-15, that's another reason why I would hate a movie (ie. "It" and probably most horror movies.)

This goes as well for books. That's why I really like Vox Day's "Throne of Bones" and his series, because all of his characters act in believable ways. There aren't characters placed in the plot in order to create problems with their stupidity in order to propel the story along. It's masterful in that both the "good guys" and "bad guys" are highly competent and formidable, so when conflict inevitable arises, the battle is that much more spectacular. I want to be able to respect the epicness of all sides.

In the movie, at the scene of the recounting of the memory of the nurse (within the first 30 minutes), I thought that the movie was going to take a clever turn immediately as they discussed how the medicines were already switched. I noticed that the 100mg of morphine (regular dose of 3mg) didn't seem to have any sort of side effects on Harlan (the rich, old man). I thought Harlan was reciting a grand plan based on the fact that he knew the medicines were switched, and the panic of the nurse was going to be revealed as nothing to worry about because she had unwittingly put the correct medicine into his bloodstream unknowingly. It seemed so obvious to me, I thought they were going to reveal it at the end of that scene for dramatic effect... not wait for the entire movie.

Harlan, in fact, wrote the plot device in his notebook, after all, in that scene. Harlan repeatedly mentioned the amount of time that had passed. Everything in that scene seemed like Harlan knew all along that he was fine.

Also, wouldn't the nurse notice there were no symptoms of a Morphine overdose?

How could the writers miss such an obvious hole in their plot?

If I were Harlan, after discussing the real possibility of the switching of the bottles, I would ask what the symptoms were. Confirming that I did not have any symptoms, I wouldn't subsequently kill myself. Noting that the antidote is not in the bag, I would also make the logical conclusion that the bottles had been switched and the antidote stolen with the intent of murdering me.

It's tempting to say it wasn't the point of the movie, and that it was more about the characters, but the movie, at the very end, made such a big deal about how it was a great reveal, and the audience is supposed to go "wow," plot twist. Instead, I was disgusted as I thought, "Wait. What? That was it?"

After reading some other movie reviewer's reviews, it seems I wasn't the only one to notice plot holes in the movie.

Maybe, I need to read some Sherlock Holmes now in order to wash out this logical trash out of my brain.
Posted by Jefferson Kim at 1:45 AM