People seriously believe that the knee on the neck was what killed George Floyd:

122,000 upvotes on Reddit: "Crowd shouts at a Seattle officer who put his knee on the neck an apprehended looter. Another officer listened & physically pulled his partner's knee off the neck."


See, how hard was that?


At least there was one cop smart enough to do the right thing this time.


You literally cant make this up. We are beyond a Black Mirror episode now.

I have some degree of familiarity on the physics required to actually choke someone to death with over 200 hours of open-mat in Brazilian Jiu-Jitsu (BJJ). I have been chocked into blackout only once, but I have experienced numerous other times where I've had to "tap" prior to blacking out.

I thought the whole, knee on neck, causing suffocation was far fetched considering how difficult it is for me to choke people out (and vice versa) and the numerous uncomfortable positions men much larger, stronger, and experienced have put me in.

Basically, you need to cut off the blood flow to the neck (like where you feel your pulse near the front of your neck). Both sides are best. Rear naked chokes are most common. In BJJ with the Gi, usually the lapels are utilized to gain extra leverage. 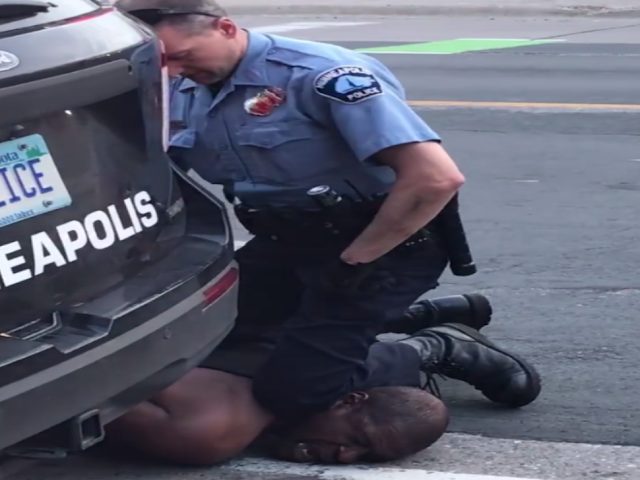 The angles are off in this picture. No airways are being cut-off. The arteries in the neck are not being cut-off. You can see Floyd breath, speak, and adjust his shoulders numerous time in the video. People in BJJ who are getting choked out have to tap their legs or their hands on the mat because they cannot speak or scream. The sound that comes out are like in the movies of gurgling when someone is getting strangled to death.

I recreated the position myself. I recommend you try it yourself before disbelieving what I'm saying.


I can tell you, I'm regularly put into more uncomfortable positions than this when I roll, and look forward to return to the pain once it re-opens due to the quarantine.

The cause of death was not strangulation, but most likely due to other underlying health conditions.

In fact, I would say a knee on the neck is much preferred over the full weight of someone's knee on my back as one top commenter posted. They call this "Knee on Belly" and I've experienced this multiple times. It's much more brutal than a knee on the neck.


I've been wanting to say something about this but haven't known where but I'm just going to put it here. When I was trained in arrest authority for a security job on a federal facility I was taught about something called positional asphyxiation. A person who's hands are cuffed behind them laying prone on the ground can die of asphyxiation due to the pressure of their body weight on the chest restricting the ability of the chest to adequately expand while trying to breathe. Every time I see someone on their stomach with their hands cuffed without one of their knees raised it makes me want to scream. I've been present when a subject was restrained and complained about not being able to breathe and had to push others aside to let her up so she could. My point is that a knee on then neck is not required for someone to asphyxiate during arrest. I'm glad this officer had the presence of mind to move the other officer's knee but I can't fathom why the other officer would put it there in the first place. Placing a person in restraints is supposed to be for your protection as well as the offender's. I can't imagine that they've had less or worse training than I have. What's going through their mind?

Posted by Jefferson Kim at 4:26 PM