Detroit is 84.3% black or mixed with black. It is the highest percent of a city with over 100,000 people. I could not find any videos of major violence or damage from the protestors.

What do you notice about the council members? 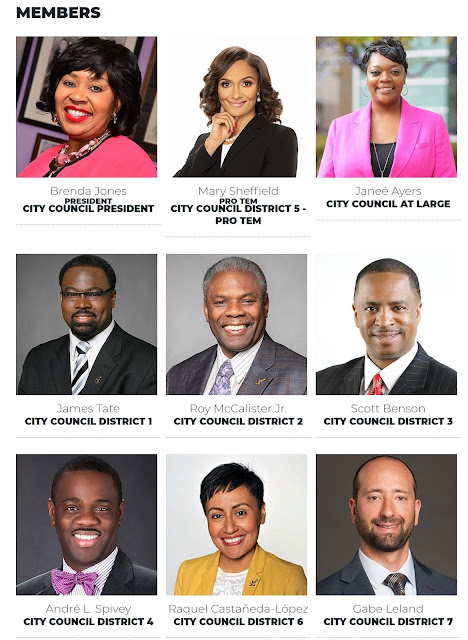 Interestingly, (((Gabe))) is currently being prosecuted for bribery. Here is the Mayor and their staff.

I noticed they staff are less representative of the population. The more important position is the Police Chief in this context. The Detroit Police Department is made up of 63% black officers.

You can hear the reasons the Mayor gives on why there has been relative Peace.

It's interesting how he acknowledges the effectiveness of the 8PM curfew that other mayors have chosen to not impose as strictly (ie. New York City is at 11PM). Also, note that he recognizes about 60% - 75% of arrests are from outside residents.

If the Mayor hasn't been bought out and their city is under siege from outside non-voters, it seems a very aggressive curfew would be warranted as you would in any other invasion.
Posted by Jefferson Kim at 2:09 PM