The Old Testament and Genocide

One of the strange things in reading through Old Testament passages, where the Israelites, fresh out of Egypt, go around conquering and genociding the promised land, is looking at it from the assumption that God's actions are justified.

From my earlier youth days, indoctrinated with the Nazi Holocaust of the Jews, I just hand waved all that "sin" of the Old Testament as saying, "Well, Jesus changes everything." It's as though there are two different Gods, and you can kind of just ignore the Old Testament for that reason.

As I've come to understand the lies of "equality," I've come to recognize that many of the "sins" of churchians, are not actually sins.

Racism, Genocide, Sexism can be seen as words that were non-existent until the last 70 years or so. 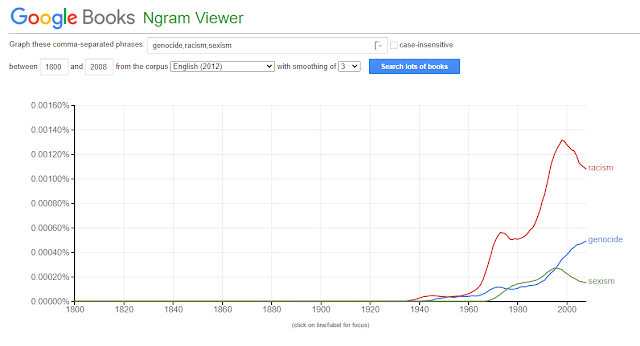 Who are we to create a new morality that goes even greater than the Bible or at least the times of the authors? What is this new Morality? Not even Jesus talked about these great "sins."

For Churchians to add extra morality to Christ's commandments is exactly what the Pharisees did.

Will I end up accepting the World's morality and declare moral judgment against God? Or will I humble myself, recognize that these words were created by evil people, and declare that God's word holds true, and they are children of the devil?

By their fruits, they will be known, as Vox Day states:


It's remarkable how the point about diversity, war, and peace flies right over this guy's head. The point of preaching diversity + proximity = war in a diverse society is to warn people and discourage them from making what is already a serious challenge even worse. Conflict is coming to every diverse society, but with a proper understanding of why that conflict is inevitable, we can hope to mitigate it somewhat, even if we can't reasonably expect to entirely avoid violence and bloodshed.

As for Matthew 7:15-20, we already recognize the evil fruits of Churchianity, chief among which is the enthusiastic acceptance of the rule of Antichrist. They are the deceived of whom the Apostle John warned in his Book of Revelation. They call good evil and evil good.