Creating My Own City-State in Idaho

I located a video which described the Venetian Constitution. 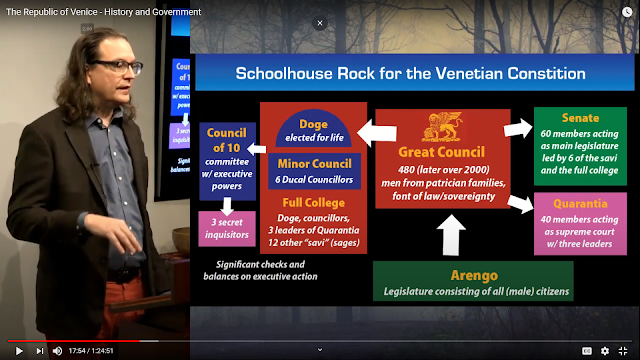 My plan right now is to purchase more than 100 acres of land for my homestead. I have seen land available as high as 450 acres within my budget.
My plans also include space for about 40 people in my compound. That is about 10 families right there.
The reality is that I will need to be near a pre-existing community because I will want to find husbands and wives for my children. For that, we cannot necessarily live out in the boonies. Plus, there are so many skills I will be lacking, including medical.
Optimally, I would want to find 60 families, like minded, with a pre-established constitution and parcels for them to settle to be prepared for when the time comes.
I don't think it will be possible for me coordinate that, so I will be having various constitutions on hand with a variety of government types and optimized for different population sizes.
I think the biggest hurdle will be finding families that agree that only males will have decision making authority in the government, Christian, and willing to accept an Asian "patriarch."
In any case, just having a constitution ready to go for various population sizes, will aid in the city-state formation. But, I really don't want to be part of any city-state that allows women to have authority in the government, especially considering how tumultuous it will be in the transition.
Posted by Jefferson Kim at 4:47 PM

Email ThisBlogThis!Share to TwitterShare to FacebookShare to Pinterest
Labels: 2033