PART 3: Flying an Instagram, Colombian Girl to Dominican Republic For a First Date

I would say that of the 250 or more contacts I received through the online dating websites, only a handful were what I considered to be in the 7 or higher in looks according to this graph: 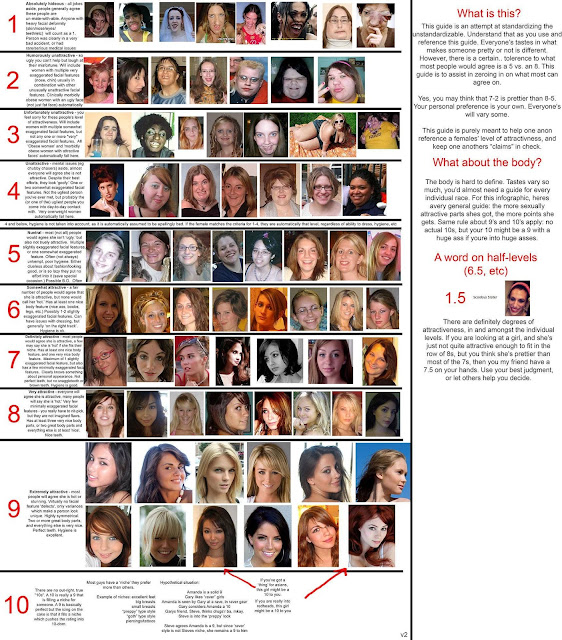 I never encountered a 9. For me, I would be comfortable married to a 6 if she met all other, non-physical attributes I am looking for in a wife. The theory goes that 8s and higher have so many local suitors, that they don't see any need to do online dating seriously.

During my search, I encountered what I believed to be an 8 based on her Instagram account. Through various miscommunications, I thought she wasn't interested in me, and then out of the blue, she contacted me again, at which point she expressed her interest.

I did an aggressive move thinking she would decline, and offered to fly her to Punta Cana, Dominican Republic because she had a Passport and Colombian citizens have Visa-free travel there. Punta Cana is also only one hour by plane, so it would be extra convenient for me.

She said yes, to my great surprise.

Remember, I'm still recovering from the failure that occurred about two and a half weeks prior. I had only started studying Spanish at the end of March. It was on May 7 that I ended up purchasing our tickets to meet in Punta Cana on May 23. To impress her, I got an ocean view suite and rented a private boat for us.

When you have lots of money and are practicing no-fap, your mind goes a little nuts when dealing with perceived 8s.

My new date had enough photos on her Instagram which were dated early, that I had no worry that she was actually fat. We had a couple of video chats as well to confirm, and I was satisfied that there wouldn't be any problems.

Now, my only dealings with 8s are from college and what I perceived through mass media and YouTube. The 8s in the United States act very differently from the 8s in Colombia. They are nothing like the 8s I encountered in Las Vegas. The same bitchiness you expect was nowhere to be found, but I was extremely cautious and doubtful of her as though she was the same kind of bitch you would expect an 8 in the United States.

We meet in Punta Cana. I discover there is no Uber and immediately regret not getting an all-inclusive resort. Our communication is difficult. I sing some songs with her on Karaoke. We have two separate rooms. I just assume she isn't really interested in me sexually because she's an 8, various body language that I read too much into, and me being too timid at that time. I didn't even kiss her.

She returns to Colombia, and I discover that she was in fact interested in me the whole time, and she was hurt that I was showing her pictures of the other girls I was talking with. She felt extremely jealous, and didn't know how to react to me showing her that.

I explained to her, I thought she wasn't interested in me, and that's why I would show such things to her.

She was a sweet, small town girl, and I blew it.

Luckily, she was studying medicine, eventually specializing, so she wasn't interested in marrying and having kids until about 7 years down the line.

So we decided to stop communicating with one another since it probably wouldn't work out even though we were very interested in each other still despite the misunderstandings.

She was just a sweet girl, from a small town in Colombia and I imputed the bitchiness of the USA girls onto her.

From that point on, I just assumed any girl that accepted an invitation to stay over in a hotel room with me or fly over to have a date with me would automatically be sexually interested (yes, it seems obvious by her acceptance, but to me this was not obvious). I became much more bold and became more comfortable with the fact that my Spanish wasn't that good. I could still connect.

Email ThisBlogThis!Share to TwitterShare to FacebookShare to Pinterest
Labels: Colombia