No one is having more fun than us

It was around 7th or 8th grade that I went to my first LAN party at a Wizards of the Coast in Seattle, Washington. We played Mech Warrior and Starcraft. Goldeneye 64 was a staple.

This was during a time when automatic assigning of IP addresses were not well used and we had to manually assign everyone an IP address on a whiteboard. CRT monitors were the norm.

Fast forward to today, and my children and I have a permanent setup for LAN parties. This is their wall of computers and for my wife as well. My computer is in a different part of the room. So we have at least 6 computers ready to go. I also have 5, VR Quest headsets that we sometimes play all at once together. though it is quite frustrating with the youngest who doesn't know how to read.

It's so much of a pain that we don't really want to play VR because none of us want to deal with the headache of trying to get him connected.

I have been gaming with my children since they were four years old. That seems to be about the age that they can manage playing an FPS with the standard WASD configuration. I played Minecraft survival with them quite a bit.

The next generation of games involves using smart phones that focus on gameplay. These include Among Us and Jack Box. Last night, I was able to invite the children of my friend and we were able to play an 8 player game of Among Us. We would've had 9 players in the same game, but my friend's children were having difficulties logging in.

I also enabled web cams and headsets for each of my children so they could communicate directly with my friend's children when they were playing Roblox or whatever games they decided on.

While growing up, my family only had one computer that we all had to fight to use. I think there would had been a different level of bonding if I actively gamed with my siblings and father.

Certainly, I attribute the strength of my relationship with the children with the hundreds (if not thousands) of hours I've spent gaming with them.

Last weekend was the beginning of my 20% of time with my children. For more than a year and a half prior, I had only 8 hours of physical time with them when my ex-wife stole them from my household (Biblically speaking, not legally). Our gaming and pool time ensured that my children always looked forward to coming to the "fun" house.

Because my ex-wife has been on a continual campaign to alienate the children from me and absolutely can't stand spending any time with me, she has placed the children in a position where they will end up having to choose their father or their mother.

I say this because this is the position my father and mother placed me and my siblings in after their acrimonious divorce. The way my ex divorced me was even more egregious and acrimonious.

When my siblings and I spend time with one parent, we do not mention any enjoyable times we spent with the other parent. We understand enough that it would be too awkward. Sometimes we slip, and then we have to stop ourselves. Neither one of our parents really attempted to foster fun activities for all of us to share as a family. Thus, we don't really share many positive memories together to reminisce and bond over. We see mainly landmines.

In the case of my children, they will be having an avalanche of positive, fun experiences together that will not be able to be topped for their entire lives.

Group gaming has been the highlight of fun in my life, and I suspect it will be the same for my children. Once the youngest can finally read, I believe VR will be taking it to the next level. Other components will be camp-outs, Skiing trips, and European vacations.

My heart will always be to invite my ex to all the fun adventures and good times we'll be having, but I already know that she despises me and will refuse. She's entirely incapable of facilitating the level of fun & excitement I will be generating due to her own insecurities and fears. I had been trying to include her in all the fun activities I had with the children over our 12 years of marriage, but she absolutely hates losing or is too afraid. There is a certain amount of jealousy that she probably has toward me because of the "fun" gap.

If we assume she's projecting, then she's thinking I am giving the good times to my kids solely to "steal" them away from her. The problem with this logic is that I have been gaming with them, built the pool at our house, took them on a skiing trip, a 7-day Disney Cruise, and a 5-full-day trip to Disney World all before she stole the children from my household. I am only continuing all the fun things we were doing prior.

I now have a wife who is quite adventurous too, so this only motivates me to take us on more exciting trips together.

I do the fun things with my children because I personally enjoy them and because it brings me great pleasure to provide good things to my children and see the joy on their faces. There is perhaps added satisfaction in being able to share the joys I wish I was able to with my own father.

It is only through the perverted lens of Feminism, that me, being a good father, is seen as me being manipulative and hungry for power and control. My ex has turned spending quality time with the children into a zero-sum game.

Whether I want to admit it or not, it is now a competition. It is unlikely that she will ever be able to spend any prolonged amount of time with me again, let alone have fun. It is possible for divorced couples to divorce each other and not from the kids. My ex's best bet would had been to come along for the ride, but she has chosen her path. 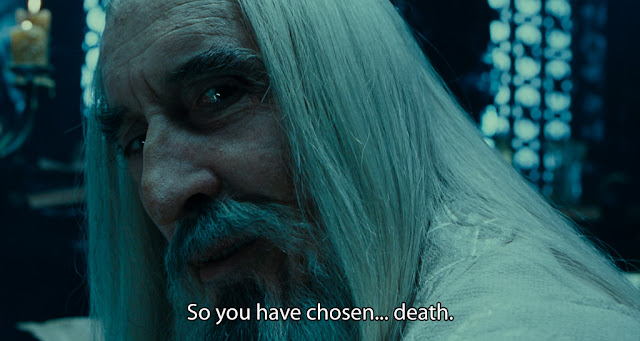 But of all the parents I know, she chose the worst father to compete against when it comes to fun. And the competition to have fun, only pushes me harder to have even more fun.

Some of my children will go off the deep end no matter how perfect of a father I am. You see this time and time again in the Old Testament. If Jesus couldn't prevent the betrayal of Judas, certainly I won't be able to with my children. Plus, numbers help in spreading risk. God willing, I'll have six children. If I get three to stick, I'll consider myself a success.

I also have lots of money that I enjoy spending on my children's fun.

The Good. The Beautiful. And the True.

No one is having more fun than us.

Posted by Jefferson Kim at 6:10 PM